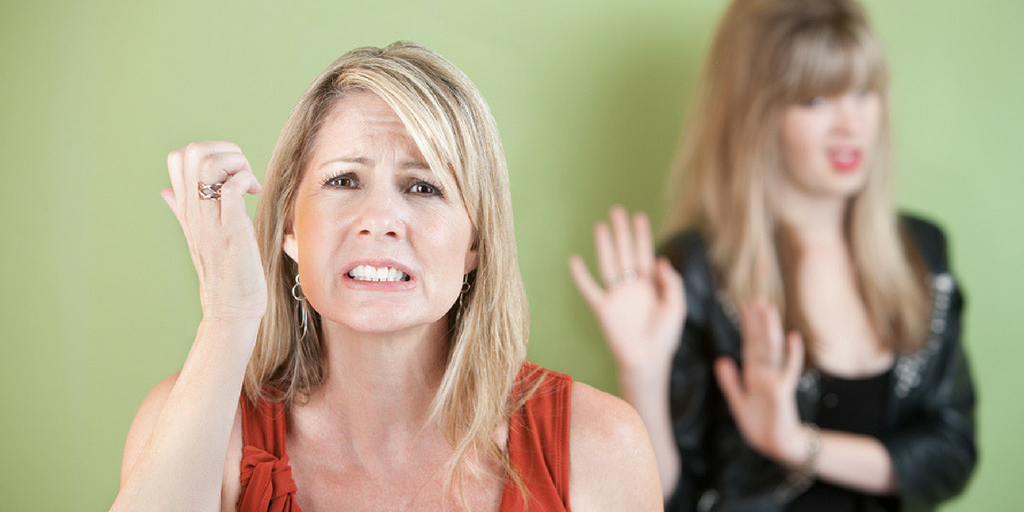 Talk to almost anyone about teenagers, and you’re likely to get an eye-roll. Teenage angst is a joke, something to be laughed at. But parents would do better if they looked at teenage angst as a sign of pain.

It’s not easy to deal with teenage angst, but here are some things to consider:

Parenting teenagers isn’t easy. But adolescence is a critical time during which teens can adopt maladaptive coping behaviors that can stay with them for life. Teenage angst can be an early sign of disorders and addictions, and early intervention can really help.

The common rant about adolescents is that they are selfish, annoying, and dangerous. Many parents who have adult children talk about their kids’ teenage years with jokes about how difficult it was to have teenagers in the house. Most parents who have young children hear horror stories about how their sweet little angels will turn into monsters when they enter adolescence.

In our society, it is common to use the word “teenagers” as an insult, and very few people question this assumption. Many parents talk about just holding on and “getting through” their kids’ adolescence. They roll their eyes and make jokes about their kids’ emotional outbursts, moodiness, and general behavior.

As parents, we must ask why we criticize our teenagers for the very behaviors that they must practice in order to become fully-formed adults. Our teenagers are desperately trying to identify who they are separate from their parents, which leads to sometimes difficult behavior, but they are not diabolical monsters.

Adolescence is a time during which our kids find out who they are while still in the safety of our homes. Their behavior is biologically driven. It is not a conscious attempt to annoy us. Our teens are not trying to drive us crazy – they are trying to grow up.

As our teens battle hormones, emotions, and a strong drive to rebel, they still need our unconditional love. The ultimate parenting challenge is to love your child through their teenage angst.

What is teenage angst?

Teenage angst can take several different forms. Some common ones include:

Mood swings are a normal part of life for people of all ages. We often criticize teens for being moody, when what we actually hate is that they are becoming more difficult to control. The fact that your teen doesn’t want to do everything you tell them to do doesn’t make them a “problem.” It makes them a growing human being. The most comfortable parents during the teen years are those who treat their teen with respect. The least comfortable are those who attempt to dominate their teen.

Many teens are oriented towards their peers rather than their parents. This means that they seek peer approval, not that of their parents. As a result, when parents force the teen to participate in a family event, the teen is grumpy and rude. This is a warning sign for parents that the teen has become disconnected from the parent. Emotional withdrawal is a serious condition that can and should be addressed.

Dangerous behaviors including self-harm, substance abuse, eating disorders, and suicidality can all show up in teens. Dangerous behaviors are often a cry for help. They are a bid for attention from their parents. A lot of parents dismiss cries for help as harmless, but they are quite the opposite. We must pay attention to cries for help, since they are often serious.

Some parents find that adolescence the most difficult parenting stage. They decide that the best way to handle it is to ignore teenage angst. But ignoring your teenager’s withdrawal, risk-taking and moodiness can lead to dangerous consequences.

The fact is that even as our teens act like they don’t want us in their lives, they desperately need our attention. As they explore the world, they need to feel safe at home. They will not say this to us directly. Instead they will act it out with behavior.

Pay attention to your teen and watch for problematic behaviors. Early intervention can help your child get back on track quickly. It can also save your relationship with your child and make parenting easier.

It is very common for our kids to criticize our clothes, homes, cars, voices, and the entire state of being during adolescence. Many parents take this criticism personally and feel rejected by their kids. When we take our teenagers’ rejection to heart, we may feel compelled to reject them in return.

Teenagers have a way of pushing all of our buttons. All of the soft spots we have left over from our own adolescence can come to the surface and cause us to revert to our immature selves. As a result, many parents reject their teenagers at a time when their teens desperately need their acceptance.

Parental rejection is devastating for a child of any age. You may think you’re just being funny. It may include making jokes about your teen’s behavior, rolling your eyes when you talk about your teenager, or dismissing your teen as overly dramatic. But none of this is funny to your teen.

How to set boundaries with your teen

Some teenage angst is not dangerous or worrisome. It’s just annoying. Teenagers are designed to push against boundaries. They are learning new ways of being and it is entirely healthy for them to test rules and expectations. The safest place for them to explore their power is within the home.

This is why so many parents of adolescents become exasperated. It can feel as if every single request we make becomes a battle. Even simple, seemingly reasonable requests can become a debate with a teenager.

The first thing to know is that we mustn’t take these battles personally. Our teenagers are practicing their adult skills. It is natural and normal to test out what we can get away with. But no matter how difficult it is, we must still maintain our boundaries. Even as a teen rants about curfew, we must hold firm and state our boundary explicitly and without wavering.

Think ahead ten years – our teens will be in the workplace, and they need to understand that not all rules are flexible. This can be exhausting and requires a high level of resilience and commitment on our part.

The best way to handle boundaries is to repeat the same non-negotiable statement, no matter what your teen says or does to try and change your mind. For example, “I expect you home tonight at 10.” Your teen may yell at you, tell you that other people don’t have to be home until midnight, beg you to reconsider, etc. Stand firm on your boundary as you originally set it. “That may be so, but I expect you home tonight at 10.”

Perhaps you will consider changing the boundary during a calm conversation at another time, but you should not change the boundary on the fly just because your teen is throwing a tantrum.

Our job as parents is to help our kids grow, and that doesn’t end when they hit puberty. The human brain isn’t fully formed until the mid- to late-twenties. And no human ever stops needing their parents’ approval and love. If you’re frustrated by teenage angst, it’s completely normal. But it’s also really important that you find a way to relate to your child so you can help them through this difficult transition in life.

1 thought on “How parents can deal with teenage angst”