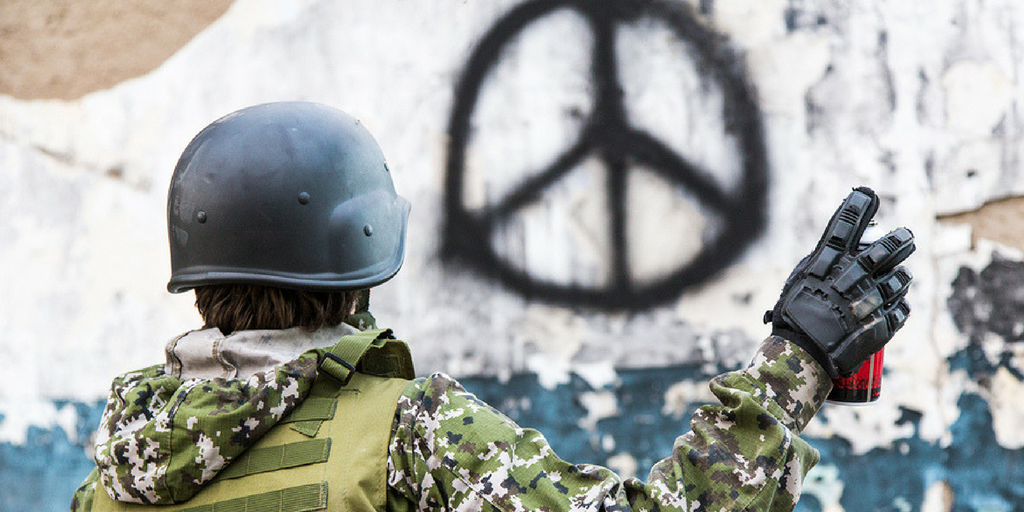 When there is a hostage situation, many of us wonder why the police don’t just threaten to shoot, or simply open fire on the terrorists to get what they want. Instead, they engage in often lengthy hostage negotiation techniques designed to find a non-violent way to end the standoff.

When our children have an eating disorder, we often feel as if a terrorist has taken over, and our child is a hostage in their own body. We do everything we can think of to shake our child free of the disorder, often resorting to cajoling, reasoning, threatening, and more.

Very few parents facing a child with an eating disorder haven’t resorted to yelling, commanding, and ordering their child to “just eat,” “just stop doing it,” or “just get over it!”

It’s all right. We’re human. We do our best. But this behavior is the equivalent of going in with guns blazing against terrorists. We may win the battle, but we will lose the war. Our child may eat the food we’re forcing them to eat, but they may purge it at the first chance they get. And they will find a way to restrict or binge again as soon as possible.

The sad and frustrating fact is that we cannot force our child to abandon their eating disorder behavior. Instead, we must learn from hostage negotiators to gradually demonstrate to our child that there is another way out.

One reason we can’t succeed at healing our child from an eating disorder by fighting is because the human brain is wired to believe that when there is a fight, there must be a winner and a loser. And no human wants to be the loser.

No matter how valid the fight, and no matter who is really right, and no matter how good our evidence and logic is for getting our way, our children will fight us if we take a war stance against their eating disorder. And even if we win a few battles, we will lose the war in terms of our child’s trust, love and their likelihood of making a full recovery.

When our child is riled up and stressed, no matter how calm and rational we are being, our children are physically unable to engage in reasonable conversation. They are sensing war, and instead of listening to what you are saying, they just want to win.

Here are the three big mistakes parents make when it comes to talking to their children about eating disorders:

Of course we want our children to get better as quickly as possible. We don’t want to watch them suffer, and we want to feel as if we have succeeded in helping them effectively. But recovery from an eating disorder recognizes no timeline, especially those that are externally enforced. Remember to think long-term. Sometimes healing slowly will result in longer-term recovery. Sometimes it won’t. But the main thing is to let your child heal on their own terms and in their own timeline.

3. Don’t focus on behavior rather than emotions

Our children will fight for their eating disorder. This fight is behavioral, and if we focus on the behavior, we cannot succeed in helping our child. Instead, focus on the emotions that underlie the behavior. If our child is yelling at us, does it mean she doesn’t feel as if we hear what she is saying? If our child is telling us he feels fat, does it mean he feels unloveable? When our children tell us something, it means they feel something. Look deeper to understand what is driving the fight.

Here are three techniques used by hostage negotiators that may help parents in talking to their child about an eating disorder:

1. Listen fully and completely without interrupting or rationalizing

It is natural to interrupt a child who is saying something that you know for a fact is wrong, but if your child is in an emotionally agitated state and is trying to protect an eating disorder, that is not the way to go. Allow your child to fully express even the most disordered feelings. Don’t interrupt or try to provide evidence to refute their “facts.” Let them talk. Listening to someone is the single best way we can show our love, and our children who have eating disorders desperately need our love.

2. Use the mirror technique to validate the child’s feelings

Part of being a good listener is mirroring back what you hear. This is as simple as repeating back the last 3-5 keywords in the sentence they just said. For example, if she says “I know that everyone is just trying to make me fat again, and I don’t want that,” you mirror by saying “so you don’t want that.” It sounds strange, but it actually works very well. There is a good chance, she will say “Yes! Exactly! I don’t like it when people tell me what to do.” This gives your child the opportunity to say “yes” instead of “no,” which is critical to gradually soothing the emotional agitation. It also helps your child believe that you are truly listening, and not just trying to win the conversation.

It would be great if we could win the war against our child’s eating disorder in one conversation. But listening well and handling one conversation like an expert hostage negotiator won’t heal our children overnight. We need to practice these conversations regularly – even several times a day – while in the crisis mode of recovery, and maintain them – at least once per week – while in the recovery stage. Our children have big feelings that need to be processed in order for them to have a healthy relationship with their bodies and food again, and, with patience and time, many of us can be a part of our child’s long-term recovery.