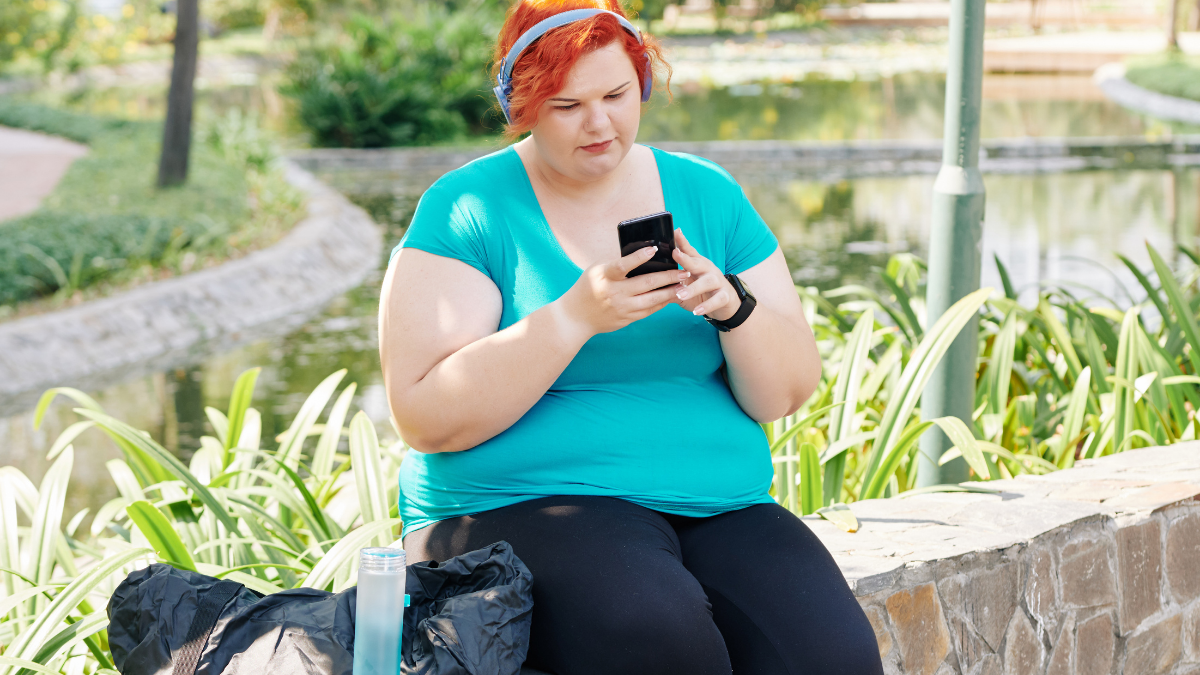 It seems like almost everyone has used Fitbit or another fitness trackers – they seem harmless, so how do they contribute to eating disorders?

There have been pedometers on the market for decades. But when Fitbit entered the market it created a stir because it came as a bracelet that would buzz when the user achieved a certain number of steps. It quickly launched a full-scale app to track steps, calories, weight, and more. The software app includes serious gamification to improve engagement and create an addictive pattern in heavy users.

Fitbit was launched in 2007, and by 2008 it was a huge hit. It seemed like everyone was wearing a Fitbit, displaying the black bracelet on their wrist as a sign of health and fitness. The company introduced an expanded dashboard to track calories and weight, plus sensors to track heart rate, temperature and sleep.

Fitbit and other fitness trackers can seem like a fun way to track exercise and food. Users can set up their own profile, including their body weight, and set personal weight and fitness goals. They can track their behaviors and get rewarded with badges and alerts when they achieve goals. The psychological rewards are high when the phone app whistles and dings to celebrate goal achievement.

A physical tracker can count your steps through the day. But it’s the software that makes fitness trackers so addictive. You can log your food, water, and sleep habits. Every time you meet a goal, your phone buzzes and lights up. And it’s also gratifying to see the dashboard view of how “good” you have been this day, week, month, etc.

Fitbit taps into our obsession with our body’s activity and weight. And we love the feedback that tells us we are “good” and even “great.” Think of sticker charts for kids. Fitbit takes that basic human drive for approval and puts it into overdrive.

The combination of buzzing, lights, emails and phone notifications give you a charge of energy and the confidence that you’re succeeding. And that is exactly what Fitbit intends. It’s called the “gamification.” Those bells and whistles are purposely designed to make us become addicted to the feedback. Fitness trackers are almost custom-made for eating disorders, because they reward eating disorder behaviors in a tangible, concrete way.

Gamification is a technique technology developers use to incentivize and increase use of their software. It capitalizes on the human response to competition, achievement and collaboration to make apps more “sticky,” meaning you’re incentivized to spend more time on them. Gamification is important because the more time you spend on an app, the greater the app’s chance is of making more money from you as a user.

You may be familiar with some of these apps, which heavily rely on gamification to increase user engagement:

Fitbit is a champion of gamification. The app pushes encouragement, badges, and messages about goal achievement on a near-constant basis.

And, of course, Fitbit tracks weight loss and rewards users for every pound they lose.

The message “You’ve reached a new low!” should tell us everything we need to know about Fitbit.

Because of gamification, Fitbit addiction can begin in just one day of use. You can set our own goals and track everything you do through the day so that you can feel in control of your health. If you miss a goal, you can feel like a failure, and if you meet every goal, it feels like success.

Many people who have eating disorders also have perfectionistic tendencies. And the Fitbit is extremely appealing to perfectionists who want to do the right thing. Succeeding at Fitbit is possible if you are rigid/disordered in your eating and exercise behaviors. And Fitbit can make you feel as if you are doing a great job meeting your health goals. Even if those goals are disordered.

In fact, Fitbit has some warnings for people who do not meet minimum calorie requirements, but this is in fact a great incentive for someone who has an eating disorder. Rather than craving the message that they’re in the green for calories, which means they’ve had “enough,” they seek the message that they’re in the yellow and haven’t had “enough.”

The goals are easily twisted, and they add pressure to exercise even when we feel sick or tired (or both!).

It’s all too easy to rely on Fitbit to gauge whether you are hungry or need to move rather than check in with your own body for more accurate information. This places the Fitbit in a place of authority over us, even while making it seem as if we are in control. We can quickly become dependent on the reward of seeing that we “beat” our goals that day.

Fitbit can drive eating disorders and disordered behaviors. This is because of the gamification of the platform, not its validity. In fact, Fitbit is part of a class action lawsuit based on a study that found “the company’s popular heart rate trackers are highly inaccurate.” (CNBC)

Why Fitbit is dangerous for eating disorders

Fitbit supports the distorted view that health is best achieved by counting, tracking, and controlling our bodies. The fact is that our bodies are finely-tuned and able to moderate themselves if we listen to them. When we try to control our bodies, we are at risk of eating disorders.

The belief that bodies should be controlled by minds is at the heart of eating disorder behaviors, which are almost always based on the idea of restricting food in order to achieve goodness and worthiness.

Fitbit use is designed to be addictive, pushing the user to pursue excessive exercise and minimal calories every single day.

It may be a fun, benign tool for many people. But remember that about 10% of the population has, had, or will have an eating disorder at some point in their lives. Fitness trackers like Fitbit are like a guidebook for eating disorders. It’s very likely that the company’s most engaged users have eating disorder tendencies.

See Our Parent’s Guide To The Different Eating Disorder Behaviors

3 thoughts on “How fitness trackers contribute to eating disorders”