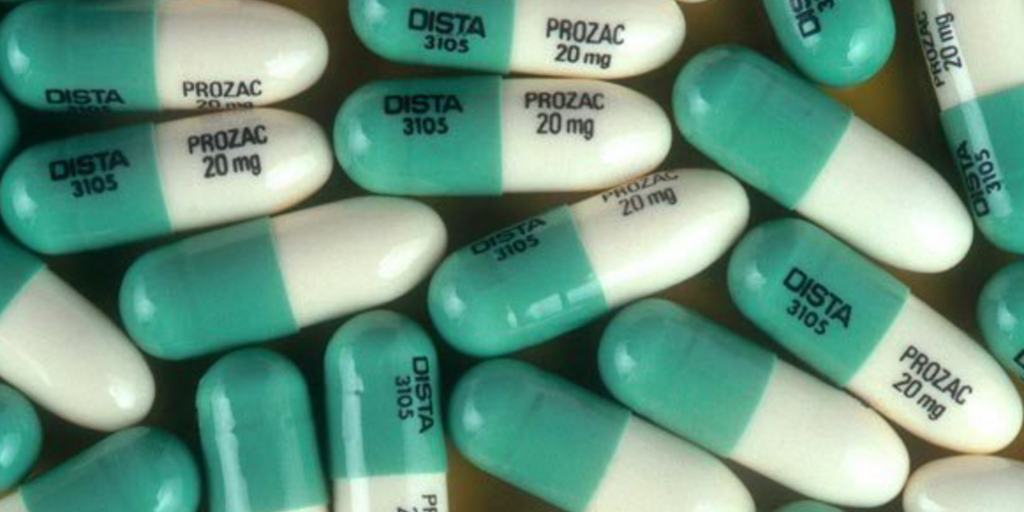 This article is not medical advice. It’s advice for parents who have children and teens who may be prescribed antidepressants during eating disorder treatment. I am not anti-antidepressants. They were helpful in my own recovery. But I think parents should have access to both sides of the discussion on antidepressants as well as ideas for what else they can do to help. The purpose of this article is to start conversations, not make a medical recommendation and certainly not a judgment of a highly person choice. – Ginny Jones 💕

Taking medication for mental illness is important, and it’s dangerous to question the value of medications. The most common analogy is that if we had a child who had diabetes, we wouldn’t hesitate to treat it with insulin. But when it comes to most mental health conditions, medication is a bit more complicated. These are layered and complex issues that involve genetic, psychological, and social conditions.

Because of the complexity of our mental health, most of the time, medication alone is not enough to “fix” a problem.

It’s surprisingly hard to make a list of antidepressant pros and cons, mainly because it’s hard to find negative scientific studies about them. Speaking against antidepressants is fairly unusual, and many times they are prescribed by primary care doctors as an easy solution to very complex issues. In 2000 the New England Journal of Medicine sought an expert to write an editorial on depression and “found very few who did not have financial ties to drug companies that make antidepressants.”

In this article, I present the case against antidepressant medication. Again, this is not because I’m anti-medication but because I believe parents should have access to different views on the subject. This article provides a recap of Robert Whitaker’s “Anatomy of an Epidemic: Magic Bullets, Psychiatric Drugs, and the Astonishing Rise of Mental Illness in America.”

Prozac hit the market in 1987, followed by Zoloft in 1991 and Paxil in 1992. All are designed and marketed as a scientifically sound method of reducing depression by increasing serotonin levels in the brain. This idea is based on the assumption that a “chemical imbalance” causes depression. However, there is no evidence of a biological “brain disorder” that causes depression.

OK, but what if we accept that even though the drugs are designed to increase serotonin and, even though low serotonin is not associated with depression, they still are effective in helping us manage depression? What if they are poorly understood but still have incredible benefits? That would be great, but research has not shown that to be true.

All right, you say. But what if I believe in the power of placebo, and antidepressants don’t have side effects, so why not? Well, that’s not true, either. Antidepressants are known to have significant side effects in almost all people who take them.

For example, the National Institute of Mental Health found that people who were treated with antidepressants were nearly seven times more likely to become “incapacitated by depression.”

The trouble, according to “Anatomy of an Epidemic,” is that psychotropic “drugs create chemical imbalances in the brain, and this helps turn a first-time customer into a long-term user, and often into a buyer of multiple drugs. The patient’s brain adapts to the first drug, and that makes it difficult to go off the medication.”

Other investigators have reported that “chronic fluoxetine treatment” may lead to a 50 percent reduction in serotonin receptors in certain areas of the brain.

Better off without it?

There is a surprising quantity of research suggesting that we’re better off without antidepressant drugs. It is worth reviewing the data:

What to think about

The purpose of this article is to illuminate the fact that giving our kids antidepressant medication is not a given. Just because antidepressants are commonly prescribed, and are increasingly prescribed to children, does not mean that parents should assume they should do so without evaluating the pros and cons.

I also think it’s worth considering that antidepressants don’t need to be a lifelong prescription. Many psychiatrists will prescribe them for short-term use to help a person get through the worst of their depression before implementing other anti-depression strategies, mainly lifestyle interventions like movement, connection, and sleep.

Your child’s health is important! If their physician recommends an antidepressant, they are qualified to evaluate your child’s individual risk factors and should be willing to talk to you in-depth about this decision.

A few questions you can ask in evaluating your child’s possible antidepressant use include:

Depression is a serious condition that must be taken seriously. The question is not whether to treat depression but how to treat it: with or without medication. Your child may benefit from antidepressants to get through this stage of their recovery. That absolutely may be the best decision right now. But at the same time, consider the power of lifestyle influences on depression. Lifestyle changes that are known to reduce symptoms of depression, often at higher rates than antidepressant medication, include:

Also, don’t underestimate the impact your own mental health can have on your child’s mental health. If your child is in therapy, it will help if you pursue therapy or coaching as well. This is a great way to reflect on the patterns in your family and how your behavior impacts how your kids feel. Such self-reflection can have a huge impact on how your child feels. Therapy is not a punishment for being a bad parent. It’s a way for you to continue to learn and grow so you can meet your child’s needs and remain close even as they face their own mental health issues.