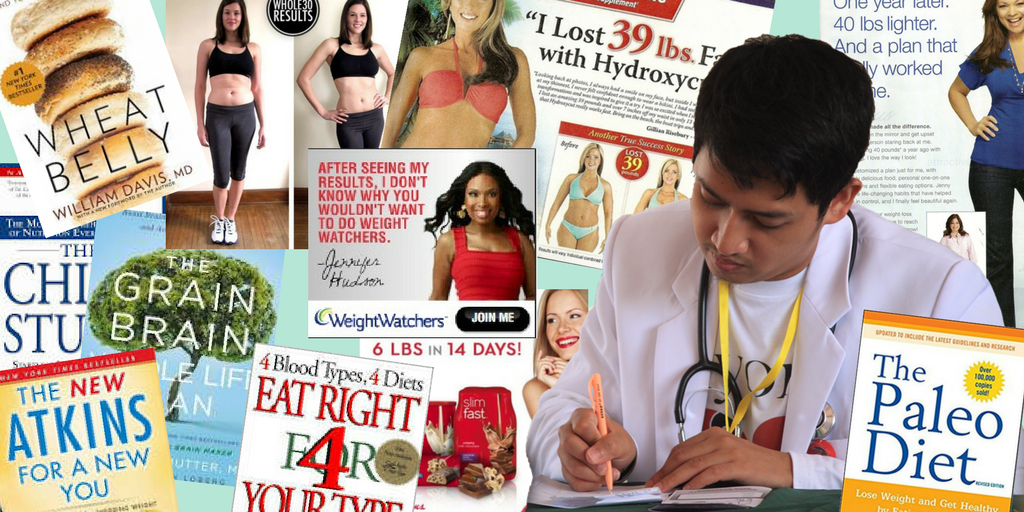 There is significant science proving that 1) diets typically result in weight gain, 2) diets are bad for our health, and 3) diets lead to eating disorders. However, the $70 billion diet industry spends a tremendous amount of money convincing us otherwise. Dieting is a cultural obsession and is something that doctors regularly prescribe without evidence  that it is safe, effective, or improves health outcomes.

It is important for parents to become educated about diet culture and to actively work to stop the practice of dieting in the family home. When parents stop dieting and discourage their children from dieting, they are more likely to prevent eating disorders. But this is not easy. Diet culture is powerful and pervasive. We have compiled a list of 5 reasons you should not diet and should try to prevent your children from dieting.

The definition of a diet

A diet is any program that instructs a person to rely on external cues, including what to eat, when to eat, where to eat, how to eat, etc., rather than internal cues of hunger and fullness. Diets include:

The first thing parents should know about diets is that they don’t work. No matter what anyone has told you, the data simply cannot support any claims that diets result in successful, lasting weight loss. Here are some important facts:

The diet industry has very loose terms for saying that a diet “works.” Their criteria are that a diet “works” if it results in 5% weight loss during the first few months of dieting. That ignores any follow-up regain, which we’ll address later.  But even if the diet “works,” it’s just 10 lbs for a person who weighs 200 lbs. Have you ever met someone who weighs 200 lbs who would be satisfied, after undergoing the suffering of dieting, with a 10-lb weight loss? [1]

Meta-analysis of hundreds of diet studies has shown that dieters lose an average of 5-15 lbs over the first 4-6 months of a diet. [2] It does not matter which diet they are on, these data remain consistent across all methods of dieting, including low-fat, low-carb, fasting, cabbage soup diets, paleo diets,vegan diets, clean diets … all of them.

Only 15 percent of dieters manage to maintain a weight at least 22 pounds below their starting point for three or more years. [14] However, this optimistic number fails to account for the significant number of dieters in diet studies who never show up for follow-up weigh-ins. It is commonly known that many people who do not maintain weight loss do not show up for follow-up weigh-ins because they feel ashamed of their inability to maintain weight loss.

Diet companies keep telling us that their diets “work,” but they never release the data to prove the longevity of their results. When they share data, it is usually for an individual dieter (the infamous “I did it, so can you” approach). Or they will share data for a 6-month period. This is strange, since if their diets really “worked,” and they have the data to prove it, sharing it with us would undoubtedly increase their market share.

Diets are designed around personal accountability. This means that when a diet doesn’t work, the dieter blames their individual lack of willpower or ability to stick to the diet. In almost no other consumer area are we so thoroughly battered by self-recrimination. We never blame the diet for failure, we always blame the individual. But the tables should be turned. The problem is that diets fail the person. [9]

Perhaps the most galling fact of diets is that they actually cause weight gain. This shocking fact is not debatable, and numerous studies have proven it:

But it’s not just that we gain weight after we diet – we actually gain the worst sort of weight. When dieters regain their lost weight, they gain fat faster than they gain muscle, which leads them to replace muscle with fat or to recover their strength at the cost of putting on extra weight. [21] Diets cause the body to become more insulin-resistant and fat gets stored in the abdomen as a result. [1]

Women with two or more episodes of dieting were five times as likely to become overweight by age twenty-five. [22] This is likely based on the concept of a body’s “set point.” Diets have been shown to push the body’s natural set point up. Diets slow the rate at which your body burns calories, increase your body’s calorie-efficiency, cause cravings and food obsession, reduce energy levels, lower body temperature, reduce hunger signals, reduce muscle tissue, and increase fat-storage enzymes. [12] These processes cause the body to become excellent at conserving energy, which means that someone who has dieted is likely more efficient at gaining and storing energy than someone who has never dieted.

Most people diet because we are told by everyone (our friends, families, trainers, doctors, and other healthcare workers) that we will be healthier if we diet. However, this is just not proven by the science. Numerous studies have measured blood pressure, cholesterol, triglyceride, and blood glucose levels, and they did not find that participants’ measurements improved with weight loss. [1]

In the single largest diet study so far, The National Institutes of Health was given $15 million to test a diet designed to prevent strokes, heart attacks, and death from cardiovascular disease. They had 15 years to conduct the study and fine-tune the diet. But despite the researchers’ best efforts, they actually canceled their study two years ahead of schedule. They reported that the study was “futile.” They could not find any evidence that dieting improved health outcomes. [8]

Dieting causes a stress response, releasing the hormone cortisol (stress hormone) into the bloodstream. [3] It is believed that it is this stress hormone is the reason why dieters are more susceptible to infections, bone density decreases, blood pressure increases, and damaged blood vessels. [6] Ironically, stress also leads to weight gain, and particularly increases in abdominal fat, which is most strongly associated with medical problems. [23]

Everyone can relate to the fact that dieting doesn’t do much for our concentration or cognition. Dieting actually causes cognitive impairment, including reducing the ability to focus on a task, react to stimuli, plan, make decisions and solve problems. [5] This impact on our ability to think can lead to accidental injury and even death even as we pursue what we mistakenly believe is a healthier lifestyle.

Despite all the evidence that diets make us fatter and unhealthy, we keep dieting. 55% of the American population reported dieting to lose weight in 2000. Most people will tell you that they are losing weight “to feel good about themselves” or “to be healthy.” It’s also commonly reported that dieters have been encouraged to diet by their doctor, parents, spouse, kids, or other well-respected, well-meaning person.

Not surprisingly, the increase in diet-industry revenue is correlated with an increase in the number of people going on diets. In the 1950s, 14% of women and 7% of men in the United States were trying to lose weight. By the mid-2000s, 57% of women and 40% of men had been on a diet in the past year, even though many of them are within healthy weight ranges. [15]

This is not an accident. Companies only grow when they “create a market.” Ask any marketer how to create a market, and they will tell you that first, you find the “pain,” next, you tell consumers how your product is the only one that can solve the pain. This is a well-known model. Diet companies have developed powerful negative stigma around people who are living in larger bodies, creating terrible psychic pain and serious life consequences, and they exploit it for their gain.

It might be different if their increased revenues correlated with lower weights, but now that you know all about how diets cause weight gain, it should be no surprise to you that as the diet industry has grown, rates obesity as measured by BMI has tripled. The diet industry has gotten rich off our pain. Richard Samber of Weight Watchers said that dieting is like gambling. People are driven to return because they believe they may have better luck next time. [1]

The Weight Watchers’ business plan states “Our members have historically demonstrated a consistent pattern of repeat enrollment over a number of years. On average … our members have enrolled in four separate program cycles.” [1] Yeah. No surprise there. It’s because each time they enroll, their weight goes up, and they mistakenly blame themselves instead of Weight Watchers for the failure.

One of the most astounding facts about diets is how often the people we trust most with our health, doctors, are prescribing them to patients as if they are evidence-based. Doctors frequently prescribe weight loss to people who are overweight and obese based on BMI measurements. For a comparison, imagine you had cancer and your doctor prescribed a medication that had a 2% chance of curing you, caused terrible side-effects, and actually made your cancer worse in a significant number of people. No doctor would do that. And yet the weight-loss prescription persists. [9]

Then there is the level beyond just lazy recommendations to “lose weight.” Doctors have the ability to prescribe hunger-reduction pharmaceuticals. These drugs are proven to cause: dry mouth, constipation, difficulty sleeping, dizziness, feeling nervous, feeling restless, headache, raised blood pressure, raised pulse. Given that diets result in weight gain and do not improve health outcomes, it’s hard to justify those side effects.

[1] Mann, Secrets from the Eating Lab

[2] Gal and Liu, “Grapes of wrath: the angry effects of self-control”

[8] National Institute of Diabetes and Digestive and Kidney Diseases

[10] National Institute of Diabetes and Digestive and Kidney Diseases

[21] Aamodt, Why Diets Make Us Fat: The Unintended Consequences of Our Obsession With Weight Loss, 2016