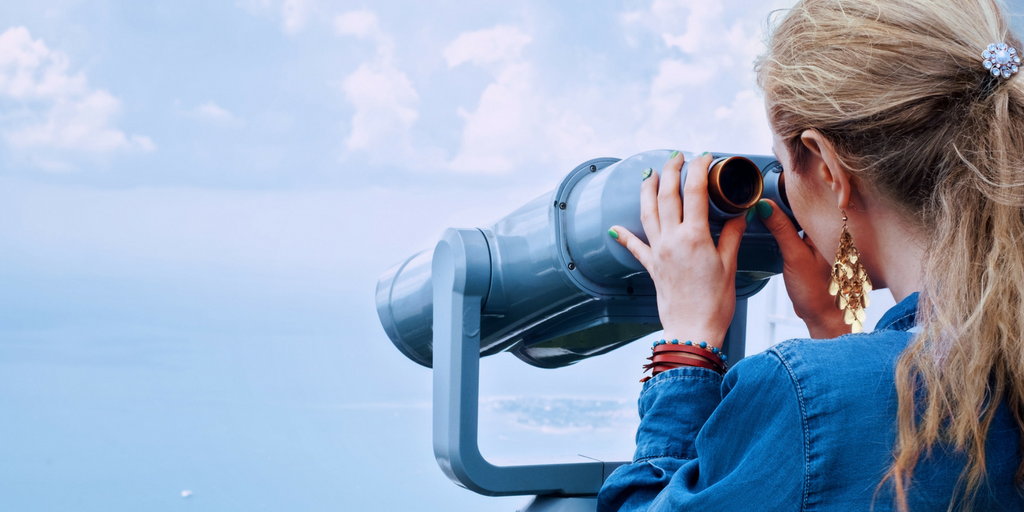 For example, a person who restricts food may excuse their lack of appetite at home with assurances that they ate “a ton” at a friends’ house or elsewhere. A person who binge eats may only binge eat when alone. Most people who purge their food do so in the privacy of the bathroom.

In this way, parents who use eating-based symptoms as a way to watch for eating disorders may miss important signs.

Weight alone is not a symptom of an eating disorders

With this in mind, here are three defining features of eating disorders that can more reliably help parents recognize there is a problem:

A classic symptom of an eating disorder is an obsession with the body. However, body obsession, like eating behaviors, may be difficult to spot if you’re looking for obvious signs like a child who openly says bad things about their body. Most people who have eating disorders automatically keep their obsessions undercover.

What parents can look for is overall changes in how much attention a child is paying to their appearance. For example, if your child has always dressed quickly and without a great deal of attention to details, consider that your baseline. When a previously-relaxed child begins spending hours selecting outfits, observing themselves in the mirror, and suddenly won’t leave the house without makeup, there may be cause for concern.

A person who is suffering from an eating disorder may also make a statement with their clothing and makeup, so a sudden switch to grunge, goth, or punk, especially in combination with changes in relationships described below, may be cause for concern.

Our society assumes that it is “normal” for teenagers, especially girls, to become obsessed with their appearance during adolescence. But just because something is “normalized” does not mean it is healthy. Body hate and obsession with appearance are not “normal” teenage behaviors.

Here’s an anti-diet crash course: 1) diets result in weight gain; 2) diets cause health problems; 3) dieting is directly associated with eating disorders. A teenager who diets moderately is 5x more likely to develop an eating disorder than a teen who does not diet. Read more about diets and eating disorders.

Even if your child does not go on a diet, you may observe restrictive food patterns. For example, a switch to vegetarian or vegan, or a self-diagnosed food sensitivity, particularly to “whole foods” or foods containing carbohydrates (e.g. gluten-free) may be an indication of a disordered relationship with food.

Another food pattern to watch is food rituals. Food rituals indicate an obsession with food and rigid behavior around food, both of which are symptoms of eating disorders. Food rituals may include carefully planning, procuring and cooking meals, requiring certain conditions in order to eat, or avoiding eating in certain environments, such as at restaurants, parties, and in public. Your child may also begin eating in a peculiar manner, such as eating in a circular pattern, cutting food into tiny pieces and arranging them on the plate, and other unusual methods of eating.

Eating disorders are emotional disturbances and are often accompanied by changes in relationships. Often a child will withdraw from family activities that they previously enjoyed. Parents may also notice that their child is not as comfortable talking to and being with the family.

While it is true that most adolescents will become less child-like with their families as they grow up, aversion, complete withdrawal, or signs of anger and constant irritation should not be considered normal. They may indicate an underlying tension that needs to be addressed in the family, or they may be the sign of an emotional disturbance in your child.

Eating disorders require a level of secrecy that force changes in friendships and important relationships. Emotional intimacy is a threat to eating disorders, so people generally put space between themselves and friends, coaches, family members and community members with whom they were close before the onset of the eating disorder. Very often, parents assume these relational changes are “normal,” but it is worth considering whether the distance is because of a deeper emotional disturbance.

What parents can do

Parents should remain alert to changes in behavior, specifically around a child’s appearance, eating, and relationships. Even if the cause of these changes is not an eating disorder, they still warrant parental attention.

It can be counter-productive to approach a child with a direct question like “do you have an eating disorder?” Most will say “no.” Instead, try to gently and non-threateningly ask your child about whichever behaviors you are observing. For example, if your child is spending more time in front of the mirror, ask how they are feeling about their appearance. If they are requesting a gluten-free diet, ask them for details about why they are making that decision. If they create a circle on their plate and always eat counter-clockwise, ask them why they enjoy eating that way.

In a healthy child, gentle questions like these will not result in a large response. The child will respond easily and unselfconsciously. The question will not seem like a big deal to them. If this is the case, and if you have no other reason for concern (e.g. troubling behaviors) then continue periodically asking questions with genuine curiosity so that you can better understand your child’s state of mind.

If your child responds explosively or angrily to a gentle and reasonable question, then wait a while and try again. In this way, you can test your child’s sensitivity to the topic. In general, a child who is not struggling will not exhibit high sensitivity when you ask a question about their behavior. A child who is struggling will have an over-sized reaction to questions. This is very simplified, of course, but it may help you to look for patterns in this way.

If you sense something is wrong, then find a qualified family therapist. Get some references and conduct an initial interview with the therapist to find out whether it’s someone who you think can help you and your child talk about this sensitive topic. Tell the therapist about your concerns, and ask whether they feel qualified to help you navigate the process.

Wait for (or create) a relatively calm, relaxed moment in the household when you are alone with your child. Tell your child that you are concerned about your communication, and that you have found someone who can help you get on the same page as parent and child. Don’t make this about the specific behavior, and don’t get pulled into a debate or argument. Calmly say that the appointment is on Tuesday at 5, and you’ll pick them up after practice.

You may feel like going psychotherapy is a big deal, but think of it this way: if your child started limping, you would take them to a physical therapist to get an assessment and treatment. Even if your child said the limp doesn’t bother them, you would still make the appointment. And if the therapist says everything is “normal,” you rest easy knowing that you did the right thing as your child’s parent and health ambassador. If the therapist says there is work to be done, you dive in and figure out how to help with recovery.

When we remove the stigma around having a child who has an eating disorder, we are much more effective in helping them recover.