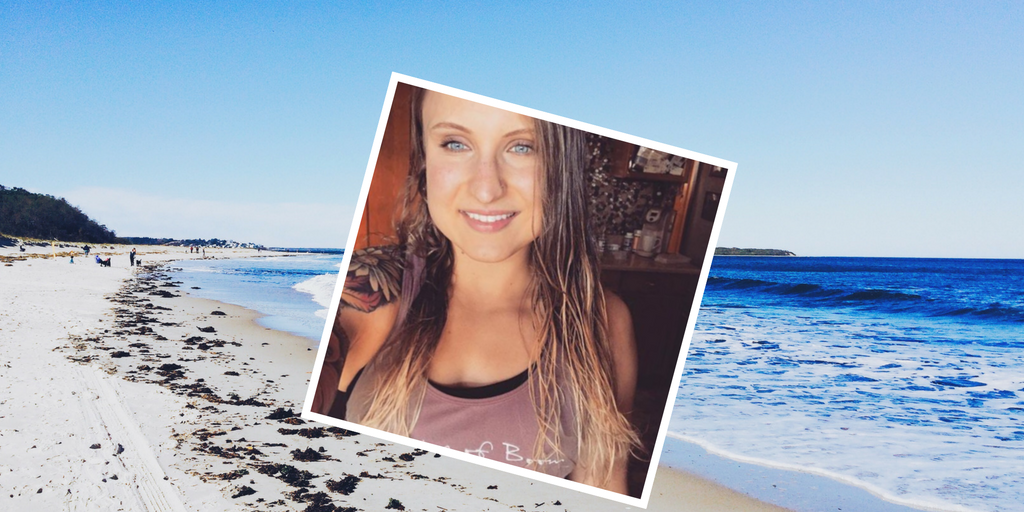 Over the span of 8 years, I kept my eating disorder a secret, from my parents, best friends, boyfriends, and everyone in between. I thought that one day I would be able to just stop. I would binge and purge and just say to myself “it’ll be okay tomorrow, this won’t happen again.” Well, that didn’t happen. The bulimia got worse to the point where it was addicting.

I remember growing up and dreaming of looking like the women I saw in the media. I always wanted to be skinny with perfect hair, makeup, etc. I also heard a lot of body shaming from the women I grew up around. I would constantly hear “I look fat” or “I need to lose weight.” Even things like “This looks terrible on me” or “I can’t wear this.” Hearing these women talk so badly about themselves gave me a negative outlook. Sometimes I would get comments from people around me hinting that I gained weight. I eventually started to turned to food for comfort in any stressful situation, as many others do too.

Food was my comfort but I also wanted to have a great body. I eventually started to purge. Sometimes it wouldn’t even be after a binge. I would freak out if I thought I ate too much or ate the wrong thing. I would work out in the gym for hours a day, sometimes twice a day. Most times I felt like I was going to pass out. It was a scary thing. I was in a dark place that no one knew about.

I had lost my Dad junior year of high school. He battled kidney failure my whole life. I watched as he was in and out of hospitals, had hundreds of surgeries, and still managed to support us. He was my hero. About four years later two more tragic and sudden deaths in my family really rocked my sense of safety. The combination of all of these, seeing my family die right before my eyes, caused my disorder to spiral out of control.

My comfort was binging and purging. My family and friends thought I was emotionless at times. I would hold everything in and take it out with bulimia. As much as I wanted to stop I couldn’t. It wasn’t until two years ago. I met someone who changed my life forever. Someone who made me want to help myself because I wanted a future. Before this, I had no idea what I wanted. I felt helpless.

My boyfriend helped me every step of the way. I read a book about overcoming bulimia and I took charge of my life again. It was extremely hard but worth it. I can’t even put into words how happy it makes me that I have a normal life now. Bulimia was controlling what I did for too long.

Eating disorders are more common than people think. If people are educated more about the signs of an eating disorder, maybe people would be able to be saved from them. The majority of people with an eating disorder will not open up about it and reach out for help on their own. Many feel ashamed, embarrassed, and extremely self-conscious. I know this because I was there. I was in their shoes and there were so many times where I just wanted to scream it.