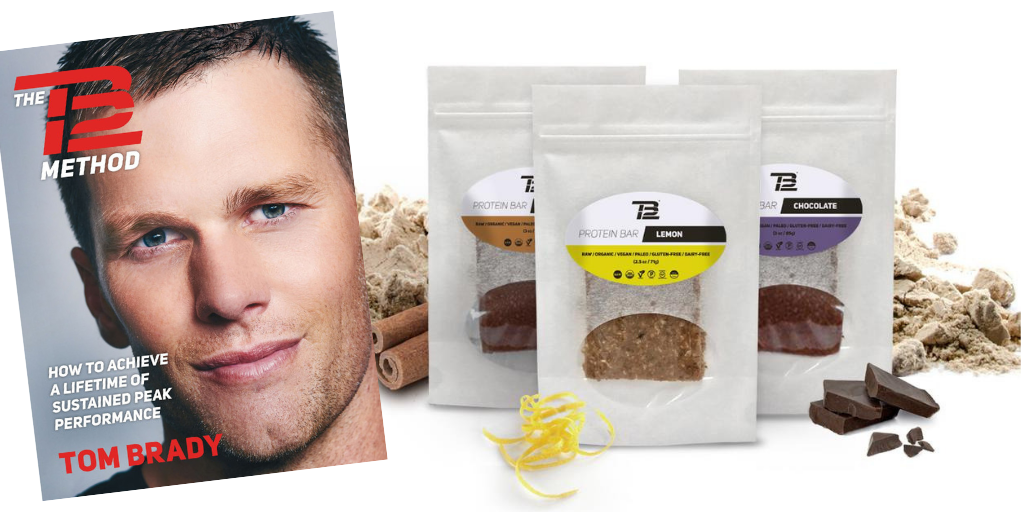 Tom Brady, gifted quarterback for the New England Patriots and winner of seven Super Bowls, is a famous athlete. Unfortunately, like many famous people, he is choosing to spread unfounded and dangerous diet claims that can harm our children.

Brady released a book called “The TB12 Method: How to Achieve a Lifetime of Sustained Peak Performance” that is filled with pseudoscience and claims that are not validated science. Tom Brady’s book is dangerous because it puts health in rigid terms. What he does with his body is completely up to him. But publishing this book is irresponsible.

His claims about his diet may not look like disordered eating at first glance since they do not directly promote weight loss or caloric restriction. However, they are definitely part of the wellness movement in which people promote restrictive and obsessive diets that are neither scientifically valid or emotionally and socially healthy.

Brady’s food recommendations may appear to be ridiculous but harmless. However, the food obsession and underlying his recommendations are part of a disordered eating culture. This rigid approach to health puts children at increased risk for eating disorders.

The TB12 Method is a recipe for eating disorders

Tom Brady’s TB12 Method book is dangerous because it’s filled with . This is the fear and demonization of certain types of food. In his case, he promotes a diet of “” and “anti-inflammatory” foods. He says this lowers his body’s pH level. He says that lowering his pH level increases his energy levels and prevents colds, flu, muscle fatigue, joint pain, bone spurs, poor concentration, mood swings, and bone fractures.

Brady promotes alkaline foods as a path to being a stronger, healthier person (who can become an amazing athlete and win Super Bowls), but what he’s really exposing is a deep and unfounded obsession with and fear of food. The vilification of non-alkaline foods and the halo he puts on alkaline foods follows in the footsteps of so many other famous but non-scientific athletes, actors, and celebrities who believe that their natural genetic predisposition and talent are something that nutrition alone can create.

Yes, Brady is an amazing athlete. He was genetically gifted at birth and has worked hard to develop his skills on the football field. Congratulations, Tom Brady. Now, please stop promoting dangerous and disordered eating advice.

What Tom Brady does not eat

Brady avoids a lot of foods. Here is a partial list of what he does not eat:

Here is a partial list of what Brady does eat:

Brady can eat whatever he wants. Personal diet plans are personal, and he can do whatever he wants with his plate. But Tom Brady’s book promoting his personal diet as a prescription for achieving “a lifetime of sustained peak performance” is dangerous. The diet program he prescribes is incredibly restrictive, and cannot be considered healthy or reasonable for the vast majority of people.

Boys and men get eating disorders

Most people believe that eating disorders afflict primarily young, white, wealthy women who follow calorically-restrictive diets and become very, very thin. This stigma is not accurate, and it can make it challenging for women who do not fit that profile to get treatment for their eating disorders.

For example, most males who have eating disorders are seeking a lean, muscular physique. They will restrict their diet with the goal of gaining muscle and reducing fat and will exercise in pursuit of increasing muscle appearance in certain areas of the body. Male eating disorders often involve compulsive exercise and dietary supplements, especially protein supplements.

With this in mind, Tom Brady’s book is a dangerous guidebook for male eating disorders in the same way that all diet books guide people into eating disorder behaviors (AKA dieting). Brady’s book joins a long line of pseudoscience (e.g. ketogenic, intermittent fasting, zero grain, Whole 30, etc.) that encourages the disordered idea that our eating directly results in a particular body type and performance. All of these programs have built a plethora of money-making businesses based on the food programs they prescribe.

No need to biohack

A deeply troubling trend in our society is the pervasive idea that we should eat and behave in certain ways to make us better than we were naturally.

It has been soundly proven that there is no need to try and “hack” our bodies and, in fact, it is impossible to alter core functions such as body detoxification and alkalinity. The term “” came out of Silicon Valley based on the concept that, just like software, the body can be programmed to look and behave a certain way with diet adjustments. But the body is not a software program, and it simply refuses to be hacked.

It is true that eating a diet that has a variety of fruits, vegetables, and grains, is good for the body. But what biohackers, gurus and eating disorders do is take the concept to the extreme. Just because eating fruits, vegetables, and grains is good for us that doesn’t mean we should NEVER EAT ANYTHING ELSE. That is eating disorder thinking, and while it is wildly popular and heavily promoted by companies that make money off our beliefs (e.g. Brady’s line of protein supplements), it is not healthy.

If you have a son, please watch carefully for diet changes that reflect popular culture such as Brady’s TB12 method. Avoid supplements, including protein shakes and protein bars.

Even if your son’s coaches and friends are pushing protein on him, remember that protein supplementation is unnecessary pseudoscience. If you need justification: the Dietary Guidelines for Americans, released in January 2016, cautioned that people, especially teenage boys adult men are getting too much protein.

Nightshade vegetables are not unhealthy, iodized salt is fine, and your child can eat sugar, dairy, grains, hamburgers, pizza, cookies, cheese, and other foods they enjoy without committing a health crime.

Eating disorders look very different in our sons and are typically best recognized by paying to our boys’ feelings about food and exercise more than how their bodies change in relation to their eating disorder. If your son cuts out entire food groups, uses supplements to “hack” his body, or follows any other current food trends, pay attention.

If you believe your son is obsessed with food and body issues, please don’t hesitate to seek help. It’s true that most parents don’t think about their sons getting eating disorders, but unfortunately, we must do so given that we live in a disordered eating culture.