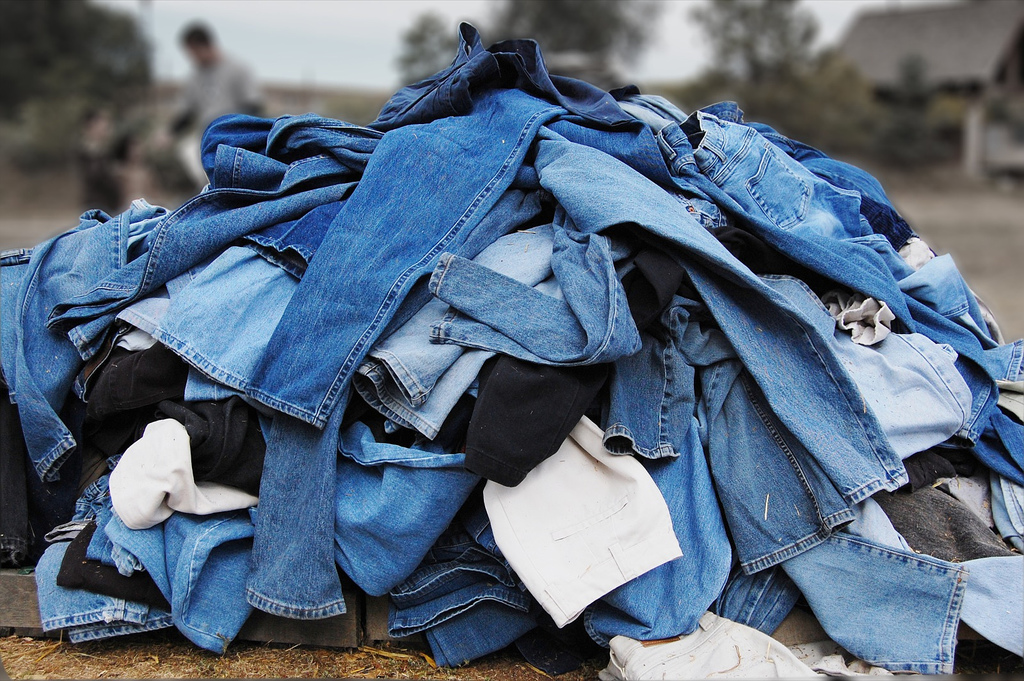 If you want to be healthy and raise healthy kids, then it’s time to embrace your mom bod. It’s time to throw away your pre-baby jeans and move on!

🙋What’s a mom bod? Also known as a woman who has “let herself go,” “given up,” and other misogynistic nonsense. It basically means our bodies have changed.

💥Newsflash: our bodies have and will forever change.

We aren’t meant to stay the same, and we don’t need to waste our time pursuing a fantasy body.

You officially have permission to throw away, donate, re-purpose, or otherwise discard of anything that no longer fits your body. Permission to embrace and appreciate your awesome mom bod – at any size.

There’s is a troubling trend in the media to pursue a non-mom-bod, pre-baby body. When I Googled “mom bod,” I was faced with horrible definitions filled with misogynistic body hate. The idea is that a mom bod is the result of a woman who has “let herself go.” But the truth is that a mom bod is simply a body that is allowed to exist as-is.

Rejection of the mom bod is why we often hang on to pre-baby jeans and other clothing that fit us during a different stage of life.

As a feminist, mom, and someone who has recovered from an eating disorder, I want no part of the body hate that our society prescribes.

I embrace my mom bod. It’s not the body society tells me I should feel grateful for, but it’s a body for which I’m deeply grateful. After 30 years of an eating disorder, my recovery depends on the fact that now I trust that my body knows better than a scale, an old pair of pants, or any person who is not me.

Constant pressure to be frozen in time

From the grocery check out line to doctors offices, everywhere we go, we encounter diet culture. We are constantly and consistently lectured to avoid weight gain from childhood. We’re also taught to reject ageing or any symptom of ageing in our bodies.

Of course, we all know about the 15-year-old girls who restrict, and purge their way through high school. And then there are so many of us who are fighting the label of mom . We are responding to a culture that tells us to avoid weight gain at any cost.

Why it’s so hard to embrace mom bod

65% percent of American women between the ages of 25 and 45 report disordered eating behaviors. And an additional 10% report symptoms consistent with eating disorders such as anorexia, bulimia nervosa, and binge eating disorder. (University of North Carolina at Chapel Hill).

This means that 75% of American women have unhealthy thoughts, feelings or behaviors related to food and/or their bodies. Mom bod is just an extension of the body hate we are taught from an early age. Learning to embrace our mom bod is a major undertaking.

Women are living in a state of near-constant body hate and fear. We worry about not meeting the standards promoted in our society. Living in a body-obsessed, diet-culture society makes us vulnerable to body hate. We don’t become less obsessed with our bodies when we have children. In fact, as we enter middle age and start to notice natural signs of aging, we often become even more susceptible to body judgment.

Worse, mom bod has brought up an uncomfortable dichotomy. We are either expected to fight mom bod with every diet technique available, or we are expected to embrace our mom bod with Instagram photos showing our stretch marks and insisting upon a level of body love that feels frantic and unrealistic. Body positive can feel oppressive at times.

Never are we allowed or expected to simply exist in our bodies and accept that they are exactly as they are supposed to be. Even the moms who write about accepting mom bods almost always mention their “healthy” habits, which usually include at least one eating disorder behavior. They’re often counting calories, steps, carbs, fat, etc.

Mothers are contributing more than ever to the family’s income. According to a report from the Center for American Progress, 42% of mothers were the sole or primary family breadwinner in 2015. An additional 22.4% were co-breadwinners, meaning that they were responsible for between 25 to 49% of total family earnings.

Despite the increasing financial power we are experiencing, most of us still do the bulk of the housework. On an average day, 22% of men reported doing housework—such as cleaning or doing laundry—compared with 50% of women (Bureau of Labor Statistics).

The outcome is that mothers are making more money than ever. They’re working harder than ever. And they’re being held to ridiculous and unattainable body standards. It almost seems as if the more skills we master (breadwinner! highly-engaged mom! Insta-worthy home decor!), the more we believe that we must master our bodies and get back into jeans that fit our bodies 20, 30, and 40 years before we accomplished so much in life.

Most moms walk around feeling exhausted, taken advantage of, and as if our bodies are failing us. The way people describe mom bods include mentioning shrunken breasts, saggy tummies, spreading bottoms, and stretch marks.

This image completely negates the power of mothers. Because the fact is that we: 1) created or nurtured a whole new life!; 2) are likely bringing in significant income; 3) are doing the bulk of the housework and childcare; and 4) are experiencing perfectly natural and normal body changes that are biological, not behavior-based.

Women who are succeeding in every way (family, work, life) are still presented as having “let themselves go” if they don’t meet the thin ideal. Mothers who dare to be in their bodies are told to “cover up” and “go to the gym!”

It’s cruel and shameful that we live in a society that disempowers the women on whose labor we thrive. And it’s no wonder that more women are opting out of parenting entirely. The 2016 fertility rate for all U.S. women was the lowest since these data have been recorded. There are many complex factors influencing birth rates, but women’s increasing need to perform and earn combined with ongoing misogyny and hatred for mom bods is surely one of them.

Shut down the mom bod hate

Hating on mom bods is shameful in every way, and it’s a harmful fact of life for many of us. Mothers who hate the state of their bodies based on an unattainable societal ideal are harming their own self-esteem and increasing their chance of developing disordered eating or full-blown eating disorders.

Seventy-five percent of us are suffering from disordered eating patterns and full-blown eating disorders, constantly cycling from one “lifestyle” program to the next in pursuit of a thin, healthy body. But we must separate the concept of thin from healthy. There is a broad range of health, and weight does not indicate a person’s health any more than the color of their eyes or the size of their feet.

Once we remove body weight as an indication of health, all we are left with is simple discrimination against and hatred for fat. That doesn’t sound so healthy, does it?

It is unfortunate that moms bear the brunt of parenting, both in hours and in influence. With all we have to do, it sucks to know that you need to add learning to stop hating your body to the mix. But it is true that moms who hate their bodies are more likely to pass body hate and disordered eating patterns onto their children. according to a report from Common Sense Media 5-8-year-olds who think their moms are unhappy with their bodies are more likely to feel dissatisfied with their own bodies.

We can tell our kids to love their bodies all we want, but if we are harboring hateful thoughts towards our own bodies, there’s a good chance our kids know that. Like most parenting issues, our kids pick up much more from our attitudes and behaviors than the words we say.

Free yourself from body hate

The best way moms can help their kids grow up free from body hatred, disordered eating and eating disorders is to free themselves from toxic body hatred. This is not an easy thing to do, and I realize it comes on top of all of the other expectations piled upon mothers in our society.

But here’s an idea: take some of the time that you now spend doing things for your kids, and instead use that time to work on your relationship with yourself and your body.

It may seem counter-intuitive, but you will actually make a greater impact on your child’s life if you skip their piano lessons in exchange for image therapy for yourself (PLEASE: only work with a coach, counselor, nutritionist or therapist who fully supports a Health at Every Size approach. If weight loss comes up in any way as a positive outcome, find someone else.)

If you really can’t find the time for therapy (I get it), explore podcasts, books, blogs, and online courses that will help you accept your body, eat without fear, and move in a way that is affirmative, not punishing.

Your mom bod deserves to exist in its natural size and shape. You get to relax and stop hating your body. You get to stop working so damn hard to be perfect in every way for a society that is decidedly imperfect and seriously f-d up.

Free podcasts to help you stop hating your body