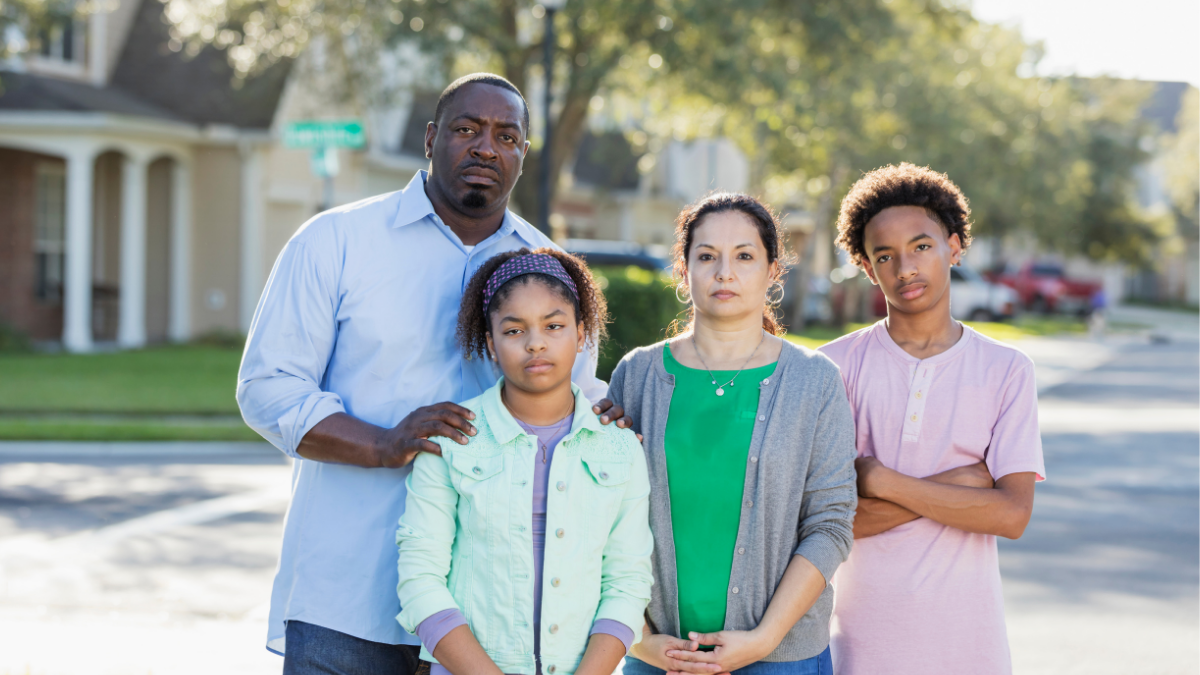 Michelle has watched her daughter Marisa slip further and further into an eating disorder; now she wants to hold an intervention for her child. “I can’t sit by and watch this anymore,” she says. “It’s absolutely killing me to see her hurting her body so much, and I’m tired of walking on eggshells.”

I completely understand Michelle’s concerns. Eating disorders are a very serious mental illness, and we know that early, effective treatment can really help. Michelle has tried many times to have conversations with Marissa. but she feels constantly shut-down and has no idea how best to proceed.

After doing some research and finding a treatment program that she thinks will be a good fit for Marissa. Michelle is ready to stage an intervention to make it happen.

Why people use interventions

Interventions are often used in the context of people who have drug and alcohol dependencies. Their families and friends will gather. Sometimes a facilitator will be there. They surprise the person with addiction and share why they think the person should get treatment.

Interventions have been made very visible through popular television shows. Notably, A&E’s Intervention, which has aired for 20 seasons. “It follows one/two participant(s), who are dependent or are addicted, documented in anticipation of an intervention by family and/or friends. During the intervention, each participant is given an ultimatum. Go into rehabilitation immediately, or risk losing contact, income, or other privileges from the loved ones.” (Wikipedia)

The challenge with using interventions with eating disorders

And while loved ones certainly can and should talk to someone who has an eating disorder, they need to be very careful about dangerous assumptions and misunderstandings about eating disorders. This is especially true of parents, who hold tremendous power in the relationship with their child. Parents and loved ones can accidentally encourage the eating disorder behaviors. In fact, eating disorder interventions can exacerbate and reinforce some of the very conditions in which eating disorders thrive.

This is what happened when Michelle brought her husband and other kids together to intervene in Marissa’s eating disorder. While she had all the best intentions, the intervention quickly went awry. “Almost immediately things went wrong,” says Michelle. “I thought that starting by talking about her weight and disordered eating behaviors was the way to begin, but Marissa instantly shut down. It was as if I could see the shades go down over her eyes, and she just tuned us out.”

Michelle and the family doggedly pursued the intervention, reading letters imploring Marissa to go into treatment. But Marissa just sat silently, not engaging at all. “She sat back against the sofa and crossed her arms,” Michelle said. “She pretty much just ignored us. And when we finished what we had planned, she just asked if she could be excused and left the room.”

Michelle was devastated. All her careful planning had done nothing to change Marissa’s behavior. And now Marissa was spending even less time with the family. “She now refuses to eat any meals with us because she says we’re all watching her,” says Michelle, in tears. “I just don’t know what to do.”

Unlike substance addiction, eating disorders don’t have a “villain.” If someone is dependent on alcohol, an intervention makes the alcohol the villain. In this way, it’s not that the person themself is flawed, but that the alcohol is an evil outsider that needs to be tamed and eradicated.

But eating disorders are not substances – they are behaviors. The person who uses the behaviors has a mental illness. This means that the only possible “villain” in eating disorders can be interpreted as the person themself. In other words, rather than telling someone to stop using alcohol, you’re telling someone to stop a behavior that to them is essential to who they are.

If you are thinking about staging an intervention for your child’s eating disorder, consider these questions first.

1. Do I believe (on any level) that eating disorders are a personal choice?

2. Am I using words like stubborn, controlling, and manipulative when I describe my child?

An intervention is a well-meaning attempt to get the person who has an addiction to see their behavior from their loved ones’ perspective. But this is in fact an emotional manipulation tactic. The purpose of an intervention is to carefully control the meeting so that the person goes into treatment as a result. I encourage you to look carefully at how interventions can be seen as manipulative and controlling.

3. Is this intervention based on television shows I’ve watched?

Remember that Intervention is a television show. It is the product of a company (A&E). The company and everyone involved in its production make money from the product. A&E produces and markets a family’s pain in exchange for profit. A television show is not a good guide for managing your family. It cannot replicate the complexities of your family dynamics any more than a holiday special captures your family’s unique experience of the holidays.

4. What is my goal of the intervention?

This is an important question in any eating disorder situation. What is the goal? When you stage an intervention, your goal is to get the person into a specific treatment that you believe is best for them. But the underlying goal is for your child to recover from their eating disorder. Next, broaden the scope of your goal even further. This is a mental illness, which means your child is in pain and your goal is for your child to feel better. With the goal of “feeling better” in mind, consider that you have many options beyond a single treatment approach.

The fact is that eating disorders are poorly understood, poorly researched, and thus have many treatment options that may or may not work. Going into an intervention with your child assumes that you know what’s best for their eating disorder, but nobody actually knows what’s best. We simply don’t have enough data to say with clarity what is the best treatment for your child’s distress. The more you can engage them in treatment, the more likely you are to find a path that works for them.

Now that the intervention is over, Michelle is even more worried about Marissa. Mainly because she worries that the eating disorder is getting worse and she has run out of ideas about how to help. The intervention was her best attempt to help Marissa, and it didn’t work.

But there is a huge gap between “I tried something and it didn’t work” and “I can’t do anything.” In fact, there are many things parents can do to help their child feel better. You are not limited to formal eating disorder treatment, and a conversation about mental health isn’t a one-time event.

So first Michelle needs to know that she didn’t do anything wrong in attempting the eating disorder intervention. She made the best choice she could at the time. The next thing she needs to know is that the intervention wasn’t her last chance to help Marissa. The TV show suggests that the intervention is the last step, and that the family has now done everything possible to help. But the truth is that there are many other steps towards healing from an eating disorder.

What parents can do instead of an intervention

There are many things parents can do instead of staging an intervention for a child who has an eating disorder. Here are some recommendations.

Most parents are understandably alarmed by the food and exercise behaviors of an eating disorder. This makes total sense. And they are dangerous and should be monitored and treated by a professional if at all possible. But if your child refuses treatment, you can still help.

Remember that an eating disorder is a mental illness that causes physical symptoms, not the other way around. This means that treatment is about learning to feel and process feelings more effectively. This can start at home. Begin by talking to your child often about their feelings. Find ways to frequently check in with them about how they are feeling. Build their (and your whole family’s) emotional literacy by making conversations about feelings completely normal.

2. Spend more time with them

They may reject your overtures, but find ways to spend more time with your child anyway. A person who has an eating disorder is very lonely and feels both a deep desire to be seen and a fear of being seen. Take short walks together, run errands, cook, garden, read, color, play games, do puzzles, or just sit together. Normalize spending time together, and make it low-key and not stressful. If they’re interested and willing, consider journaling together, which will bring together spending time and talking about feelings.

3. Take them to get regular check-ups to monitor their health

Your child may be resistant to treatment, but it will be harder for them to refuse to visit a doctor regularly for a health check up. In fact, they may even offer to do this instead of getting treatment for their eating disorder. Of course your long-term goal is for them into treatment for their eating disorder. But getting regular health check ups can help you feel more secure if your child absolutely refuses treatment.

Important note: weight is a huge trigger for anyone who has an eating disorder. Ask the doctor to do “blind weight” so that your child cannot see and does not have to experience the number on the scale. Also tell your doctor to only talk to your child about their weight with your express permission.

4. Encourage them to see a therapist or dietitian

Of course you really want them to seek full treatment for their eating disorder. But lots of people with eating disorders struggle to see themselves as “sick enough” for treatment. However, they may recognize that they struggle with anxiety or depression. In this case, find a therapist who can talk to them about anxiety and depression but who is also trained in eating disorders. Asking your child to see someone once per week may be an easier route to treatment than enrolling them in a full program.

Similarly, even if your child refuses psychotherapy, they may be interested in seeing a dietitian to help them with their nutrition. Most people who have eating disorders are deeply interested in nutrition, and will be willing to talk to someone about that. One caveat: make sure the RD you select is trained in eating disorders. You don’t want to see someone who could exacerbate the problem. We have a directory of eating disorder therapists and dietitians who can help.

5. Pursue therapy or coaching for yourself

There are a lot of things that parents can do instead of an intervention to help a child with an eating disorder. So if your child completely refuses any form of treatment, you can still make a difference. Therapy or coaching can help you start to see the conditions that might be causing the eating disorder. It can also help you change your own behavior in important ways.

For example, parents can learn to support their child without accommodating the eating disorder. They can also work towards achieving any of the other four recommendations here. A therapist or coach can help you talk about feelings and spend more (and less stressful) time together. They can also help you try different approaches to get your child in for regular check ups, psychological, and nutritional counseling.

There’s so much you can do!

1 thought on “Does intervention work for a child with an eating disorder?”