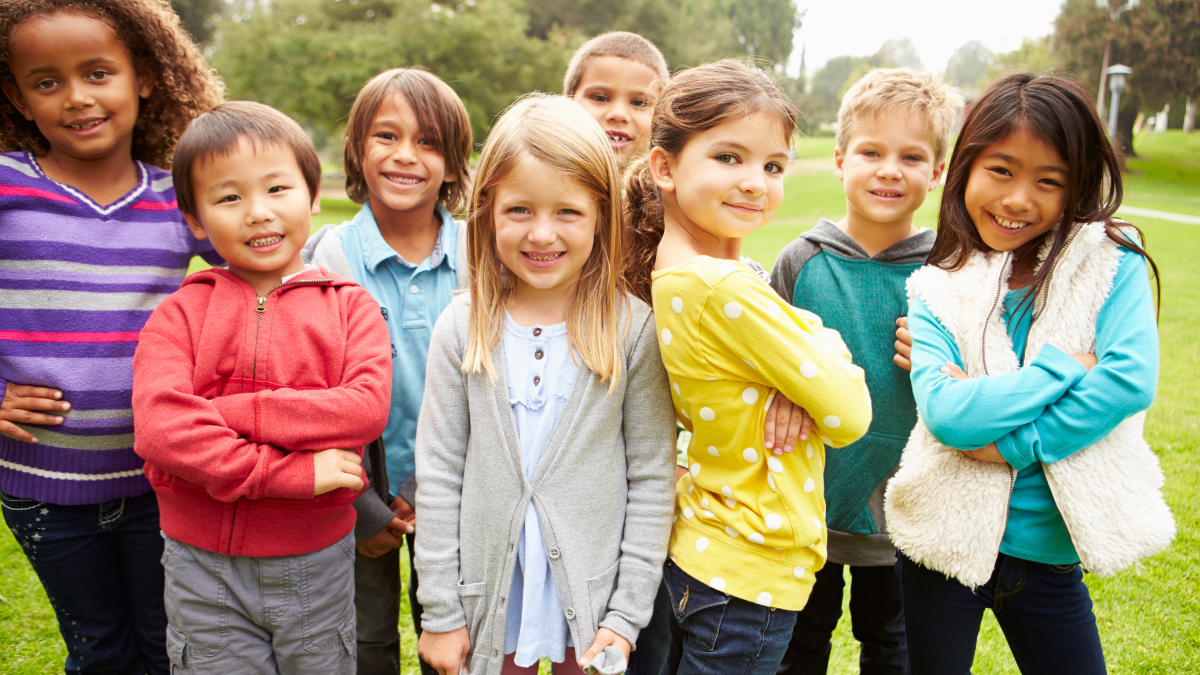 There are many reasons why an eating disorder arises in childhood. First, there are hereditable and genetic components to eating disorder development. But that genetic predisposition does not explain the massive rise in eating disorders in recent decades since our genes don’t change that quickly.

Environmental factors play a significant role in eating disorder development. One of the biggest culprits is weight stigma. 42% of 1st-3rd grade girls want to be thinner, and 81% of 10-year-old children are afraid of being fat. This societal fear of weight gain shapes a child’s psychology around eating and growth and can easily disrupt a healthy relationship with food and the body.

Then there are psychological and family influences. For example, stress and anxiety are frequently associated with eating disorder onset, meaning a major disruption like COVID-19 naturally increased rates of eating disorders, which can become a powerful coping mechanism. How parents and families respond to eating disorder behaviors can influence treatment outcomes.

What are the common symptoms of eating disorders in children?

Here are some signs that a child has an eating disorder

Quiz: does my child have an eating disorder?

Eating disorders and their symptoms in children can be hard to spot, particularly if they appear in early puberty and adolescence. These are times of major body changes, and weight gain and loss can happen naturally in developmental cycles.

This is why weight is only rarely a useful measurement of an eating disorder. Paying attention to your child’s relationship with food, weight, and exercise will give you the best indication of whether your child is struggling with disordered eating or an eating disorder.

Early and comprehensive intervention is best, so don’t hesitate to consult with an eating disorder-trained registered dietitian if you are concerned.

Except in extreme cases in which weight is clearly below the standard weight trends on a BMI chart, weight can be an imperfect measure of an eating disorder. Parents should pay attention to other symptoms, including the child’s relationship with food, their weight and appearance, and how much they are exercising.

Relationship with weight and body image:

A physical exam may include measuring weight and height and checking vital signs. Typically this includes:

A doctor may also check skin, nails, and teeth for problems and conduct a general physical exam. Lab tests may be used to further evaluate health, including:

X-rays may be done to check bone density, assess for fractures or broken bones, and check for pneumonia or heart problems. Occasionally an electrocardiogram will look for heart irregularities.

Keep in mind that while Anorexia Nervosa does have a weight limit to aid diagnosis, the majority of eating disorders will not include low weight, medical complications, or any measurable physical signs. A doctor’s visit in which everything looks normal does not mean your child does not have an eating disorder. Eating disorders and their symptoms in children are a delicate subject that you want to approach thoughtfully and assertively.

Very few doctors have formal training in eating disorders. This means that while they can be useful in identifying and monitoring physical complications, they can rarely help with the behavioral symptoms of an eating disorder. If your child has medical complications as a result of their eating disorder then it’s best to find a physician who is a Certified Eating Disorder Specialist (CEDS) or is getting consultation from someone who is.

One of the best professionals for eating disorder diagnosis and treatment is a registered dietitian who has the CEDS certification and/or formal training in eating disorders. They are trained and qualified to identify and treat the nutritional symptoms of an eating disorder and can typically direct you to other healthcare providers who can help.

Statistically, the most common eating disorder symptom is binge eating. This includes repeatedly eating a large quantity of food in a short period. Most people who binge eat report an altered state in which they feel numb or unaware of what they are doing. It is also important to know that most people who binge eat go through cycles of restriction first. If binge eating is part of your child’s diagnosis, make sure their treatment addresses food restriction first. Without changing the patterns of restriction, it’s unlikely that treatment for binge eating will be successful.

Most eating disorders involve some form of restriction. This means your child intentionally avoids eating even when they are hungry or even starving. Most people who restrict feel strong and powerful when they overcome the physical sensation of hunger and skip a meal or eat less than they would have before the eating disorder. However, ARFID (Avoidant Restrictive Food Intake Disorder) is an eating disorder in which the person is not restricting for weight loss purposes but rather eats less due to sensory complications with food, eating, and digestion.

Bulimia features purge behaviors, but all eating disorders may involve some form of purging. Common forms of purging include vomiting and laxative use. Most people who purge begin doing it to rid their bodies of food that they believe is “too much.” They believe they will gain weight if they don’t purge. However, over time, purging can become a powerful form of self-soothing, and it isn’t necessarily tied to weight loss.

Many eating disorders involve some form of over-exercise. Most people begin a new exercise program to slim down and eliminate calories consumed. They believe that if they exercise enough every day, they will avoid weight gain and lose weight. Often exercise becomes compulsive, and it will be hard for your child to stop doing it for any reason. Some people with eating disorders will exercise in their bedrooms and in secret to achieve the fitness goals they have set for themselves.

Most people who have eating disorders (except for ARFID) feel bad about their bodies. They believe their bodies don’t appear healthy or good and pursue weight loss and exercise programs to try and shape their body into what they believe they should look like. In girls, this typically means weight loss. In boys, it may look similar or involve a desire to be both lean and muscular.

Most eating disorders evolve in children, so you often see a combination of symptoms. Bulimia is the most multi-faceted eating disorder, as it features all symptoms (though not always exercise). But even a person who has typical anorexia may sometimes binge eat or purge. During diagnosis, your child’s most pressing symptoms will be evaluated to develop the best label for treatment and insurance reimbursement.

Eating disorders in children: how a diagnosis is made

People who can diagnose an eating disorder include:

It is best to find a professional who has received formal training in eating disorder diagnosis and treatment. Look for a Certified Eating Disorder Specialist (CEDS). One of the easiest and best ways to get a diagnosis for an eating disorder is by a Registered Dietitian who has the CEDS credential. They are more common and easier to access than a physician with that credential.

Eating disorders in children: how treatment is prescribed

Treatment is prescribed based on the diagnosis, specific behaviors observed, and the severity of the health outcomes. Depending on the situation, your child may be recommended to one of the following treatment options:

I strongly recommend finding professionals who explicitly embrace a non-diet, Health at Every Size® (HAES®) approach. In my experience, weight-neutral care, in which the provider is not using weight as the most important indicator of health, is essential to full eating disorder recovery.

See our directory of HAES®-aligned providers

In almost all cases, parental and family engagement will vastly improve treatment outcomes. There is strong evidence for Family Based Treatment (FBT) when weight gain is necessary. Family therapy and parent coaching are very helpful in supporting parents who want to optimize their child’s chance of full recovery.

I encourage you not to worry about the exact diagnosis. Many people who have disordered eating will move on to a full-blown eating disorder, and even if they don’t, they can live their lives with a sub-clinical but severely life-limiting problem.

The bottom line is that if your child’s eating behaviors, relationship with food, feelings about weight and their body, and the way they exercise are disordered, then you want to treat those problems quickly and assertively.

Full recovery and a healthy, full life are possible for your child.