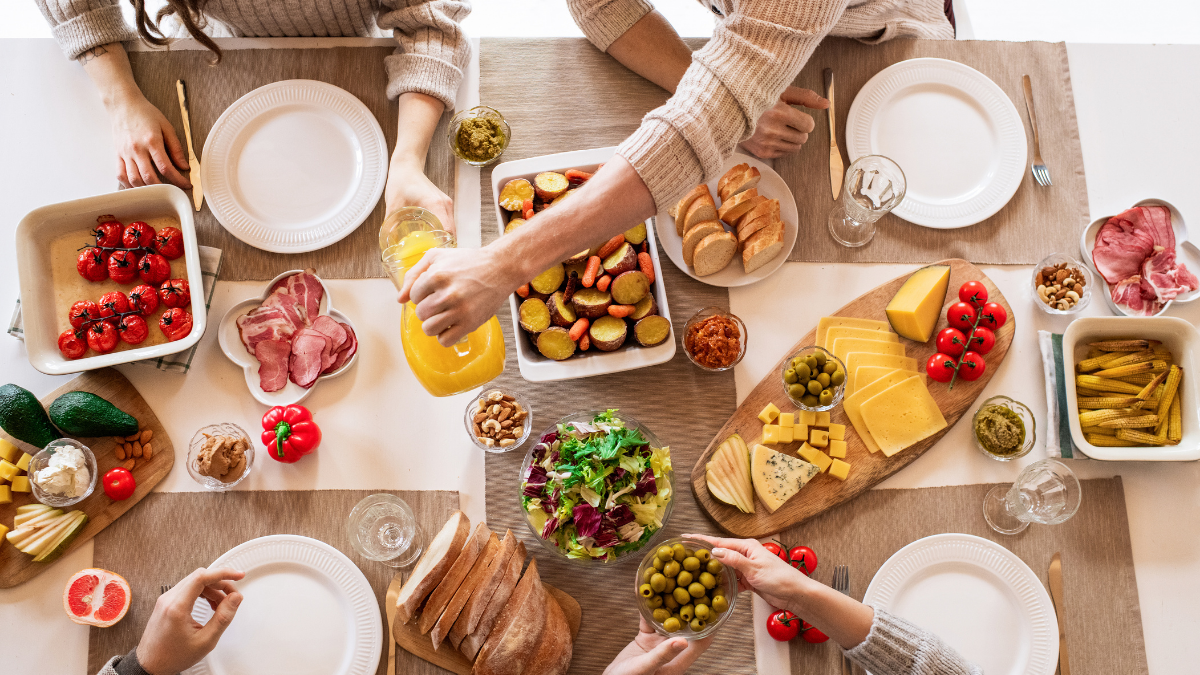 If you want to raise a child who is free from food issues, then it’s time to stop sabotaging their relationship with food. Eating disorders are on the rise, and disordered eating is so common that it’s considered normal.

But true health is found when a person eats according to their preferences and appetite and knows that their body weight will settle into the range it wants to be. This range is often not the same as the range our society deems acceptable or desirable, which is why food and eating have become so fraught.

Parents who want to raise healthy kids who are free from food issues and eating disorders have to work hard to counterbalance the cultural misinformation about food and eating, which is driven by the $72 billion diet industry.

But the effort is well worth it. Kids who are raised with food freedom and body peace are healthier and happier.

Here are nine ways you may accidentally be sabotaging your kids’ relationship with food:

1. Describe food as good or bad

Instead of doing this, make all food choices morally neutral.

2. Talk about other people’s food choices

When you talk about what other people eat as either good or bad, you’re telling your child what you believe is acceptable and unacceptable. They will automatically apply your opinions about other people’s eating behavior to themselves and believe they can show you their goodness (or badness) through food behaviors.

Instead of doing this, keep your eyes on your own plate and don’t talk about other people’s food choices.

It is completely false that weight is as simple as calories in/calories out. Many people who are smaller eat more calories than people who are larger. Bodies have vastly different metabolic processes, and bodies are naturally diverse in weight. When parents perpetuate the myth that weight is within a person’s control, they set a child up for restriction, which causes harm.

Instead of doing this, tell kids that all bodies are unique, and we should never make assumptions about people based on their weight. Read more

Dessert should be available based on your preferences, your kids’ preferences, and lots of other factors. But it shouldn’t be given or restricted based on a child’s behavior. Children are not animals. We have much more complex neural structures, and simple food-based reward systems quickly go awry.

Instead of doing this, offer dessert as often as you feel makes sense, regardless of your kids’ behavior.

When parents use food as a punishment, kids suffer. Food should be given according to preference and appetite, not behavior. Withholding food for bad behavior can have long-lasting impacts on a child’s relationship with food.

Instead of doing this, talk to your child about any behavior you don’t like, but don’t link it to food in any way.

Kids should choose food based on what tastes good, what they want in the moment, and what is available to them. When we moralize the food they choose, we set them up to see food as a reward or punishment, good or bad. Kids who are given a full range of choices will naturally cover their nutritional needs and settle into a healthy weight for their unique body.

Instead of doing this, talk about how food tastes and how much you enjoy sharing food with them.

7. Tell kids they need to limit sugar, carbs, or any other food type

When we restrict food, the most common outcome is binge eating that food. Kids who are not allowed to eat sugar will binge eat sugar. Same with carbs and other foods that are tasty and restricted. Parents who allow all foods notice that their kids rarely (if ever) binge eat because they trust they can always have more.

Instead of doing this, offer a wide variety of foods regularly.

8. Make kids eat their vegetables before they eat anything else

Making kids eat vegetables before they eat anything else is a form of parental control. While parents should be in charge of the options available to their kids, they should not dictate which foods go in their kids’ bodies or in which order they eat it. Dangerous power struggles are much more likely in families where food is controlled.

Instead of doing this, let your child choose the order in which they eat their food.

9. Tell kids their future health is based on what they eat

Telling kids that their health is directly tied to what they eat is factually wrong and harmful. The greatest impacts on mortality and health are genes and environment, neither of which is within a person’s control. Specific food choices have no direct connection to health, but a positive relationship with food is linked to better health.

Instead of doing this, provide your child with an emotionally connected home environment that will support their physical and mental health for life.

The best way to raise a child who is free from food issues is to trust kids to feed themselves the right mix of food based on what you offer them and gain weight according to their unique body’s blueprint.

Our culture wants to prescribe a one-size-fits-all meal plan and moralize about good and bad foods. But that ends up being controlling and unhelpful. Trust the body and the appetite to make the right choices for your child’s unique circumstances.

Our culture also likes to prescribe a narrow weight range for every single body. This is despite the fact that we know that body diversity is natural and expected in any population. We see body diversity even when everyone eats the same things.

To raise a child who is free from food issues, trust your child’s body to grow according to its unique blueprint, and avoid any food restriction or moralization.