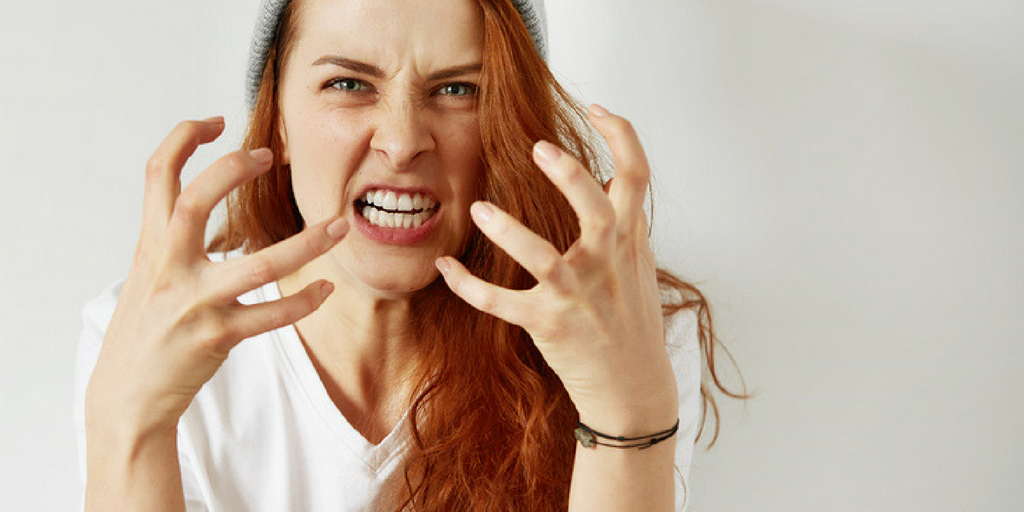 Living with a teenager can feel like you’re constantly waiting for a bomb to explode. Their anger may last hours, days or even months. Though you are a parent, and you love your kid, you are also a human being who is wired with mirror neurons. This means that living in the face of anger can really drag you down because you will mirror the anger right back unless you learn to manage it with compassion.

It’s OK if you have said these things in the past – you’re human. But it’s also likely that you have noticed that such statements are not very effective at getting your teenager to change angry behavior. It’s not as if when you say these things your teenager turns around and says “You know what, Mom, you’re right! I’m going to stop being angry right now.”

Instead, there’s a good chance that your teenager gets even angrier, and responds either by turning their anger on you or walking out of the room, avoiding any further contact. Either action fosters separation, not connection.

When you have a child with an eating disorder like anorexia, bulimia or binge eating disorder, anger management is an important part of healing, but not in the way you might think. It’s not that you want the anger to go away. You never want to suggest that your child should not FEEL anger. Instead, you want to help your child feel the anger in a more productive way. A lot of times this means understanding that anger is a common mask used to hide truer, deeper feelings that are very uncomfortable to feel.

Here’s a great graphic created by The Gottman Institute regarding the real feelings that may be lurking below anger:

By taking a look at this “Anger Iceberg,” you might recognize some of the deep feelings that your teenager is attempting to mask with anger – and with his or her eating disorder. Many people with eating disorders attempt to protect themselves from feelings like hurt, envy, insecurity, and loneliness.

So, when you want to talk to your child about his or her anger, don’t try to take the anger away. Instead, observe your teen carefully and identify some of the feelings the anger is masking.

Here’s What To Say

If your teen is in the midst of an angry explosion, set boundaries about how that anger is expressed (i.e. no physical violence, hitting walls, slamming things, or throwing things), but don’t try to stop the feeling itself. You can handle it. It will pass.

When the explosion has passed (it always does), regroup with your child and honor and accept the anger.

Important: Do not say that the anger hurts you. Remember that the anger was just a mask for deeper feelings, and feelings deserve to be felt. You are responsible for helping your child learn to process feelings in a safe, healthy way.

Next, take things a bit deeper. For example:

This attempt to discuss deeper feelings may or may not result in a discussion. Many teenagers, especially boys, are not going to open up to you about this. And many girls will turn your attempt to talk into a whole new fight. Both of these are attempts to NOT FEEL their true feelings.

But it’s OK if those things happen. The point is not for you to have a great conversation. The point is for you to say that there is a potential for an Anger Iceberg, and that you are willing and able to accept all of their feelings – whatever they are.

This is not a one-time conversation. This is a conversation that you can have many times with your child to gradually teach him or her how to start looking more deeply at their feelings – both expressed and unexpressed – and to help them see that feelings are not to be feared.

The Gottman Institute offers information and services for families, with the mission to help create and maintain greater love and health in relationships. Their work includes research, coaching and products in support of this goal.