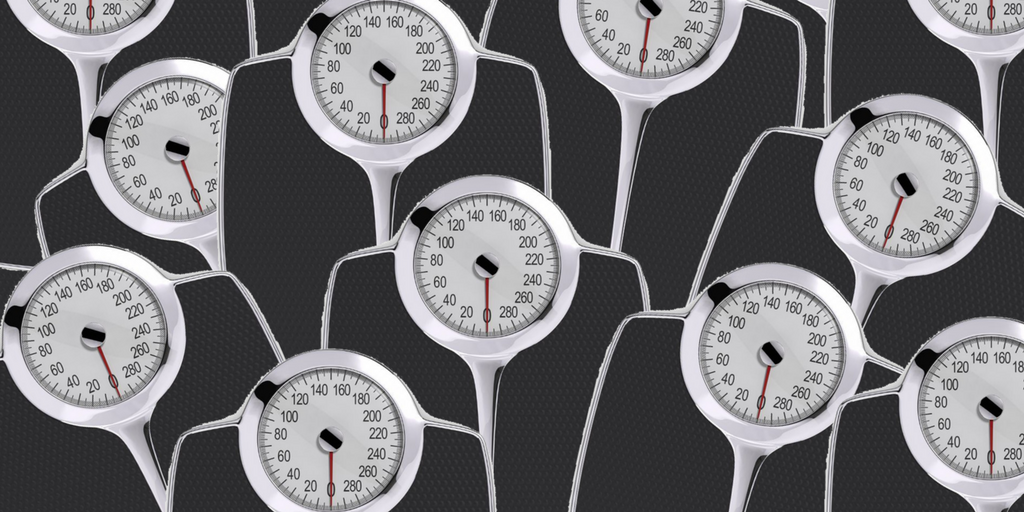 As she grows up, there will be times when you are worried about your daughter’s weight gain. It is very important that you think carefully before you say anything about this.

We live in a society that preaches that women’s bodies need to be thin and small, so it’s not surprising that parents often watch daughters’ bodies anxiously to monitor how well they will fit into the ideal body image. Many parents worry, based on harmful societal messages, that if a daughter is chubby or fat, she is unhealthy and will have fewer opportunities for success and happiness.

These worries make sense in our fatphobic society, but they are also incorrect and harmful. Your beliefs about women’s bodies and fat need to change if you want to raise a strong, healthy daughter. Because society is toxic to women, particularly fat women, but your home should be a safe place where her body is accepted and honored at any size.

This is because weight is complex and dynamic. It’s not a simple formula as we’ve been told, and it’s mostly out of our conscious control. In fact, one of the best predictors of weight gain is intentional weight loss.

During adolescence, girls become biologically prepared to make a baby. And making a baby requires body fat. As her hormones change, your daughter might go through remarkable body fat changes. Her body at 10 years old may not be anything like what she will look like at 16 and 20. Girls’ and women’s bodies are meant to change as they age.

Weight is in our Genes

The set-point theory of weight says that people are genetically pre-destined to weigh a certain amount. Identical twins raised separately to adulthood have startling similar body weights, regardless of their lifestyle, diet, or activity level. To think that you can change your set weight is like thinking that you can change your height or the length of your fingers. You just can’t.

Fat is not Proven to Cause Disease

There is no scientific proof that any disease is CAUSED by being at a higher weight. There is correlative evidence that diseases co-occur with severe obesity, but correlation is not the same as causation. The fact is that we don’t know enough about the complexity of the human body to determine how these correlations work.

There is no proven way to reduce a person’s weight for life. Of the millions of diets that work in the short term for millions of people, only 2-5% of people keep the weight off for life. At least 95% of everyone who diets returns to their former weight, often with a few extra pounds added on. Worse, dieting has been shown to lead to a loss of health, weight gain, and is heavily correlated with eating disorders.

Weight is a Feminist Issue

Ever since women have been rising in power, the focus on becoming smaller and thinner has risen as well. A woman’s weight is a major distraction from the impact she can make in the world. Attempting to maintain a low number on the scale is not where our daughters should be investing their intelligence.

Eating disorders are complex and have no single cause. But many studies have observed a strong correlation between parental criticism and eating disorders. Children can’t separate their bodies from their sense of self, so if you criticize her body, you are criticizing her very being.

All right, so now that you know all that, what do you say when you notice that your daughter is gaining weight? Nothing. You say nothing about your daughter’s weight gain.

Don’t focus on her body. Never talk about reducing calories or the size of her body.

If she brings up her body as a negative thing, then learn how to respond to body bashing without making it worse. Here are some articles to help you get started:

END_OF_DOCUMENT_TOKEN_TO_BE_REPLACED

How to protect your daughter from diet culture and fatphobia

END_OF_DOCUMENT_TOKEN_TO_BE_REPLACED

Are you fat shaming your kids? You’ve got to stop!

END_OF_DOCUMENT_TOKEN_TO_BE_REPLACED

I also have an online course to help guide you through the tricky details of fat talk and bad body days:

Instead of talking about weight gain, talk to her about her emotional state. If she has signs of anxiety or depression, seek professional help immediately. Both can lead to weight changes and are strongly correlated with eating disorders.

Find out how she is feeling about life and her body. Support her in learning to eat intuitively and to tune into what her body wants and needs in terms of nutrition and movement.

Your daughter’s body is not the issue at all. It is her heart and her mind that you should be concerned about. If you believe she may have an eating disorder, get her evaluated. The sooner you help her, the better her chances are for recovery.

Being free of an eating disorder is a much better indicator of success and happiness in life than the number on the scale.