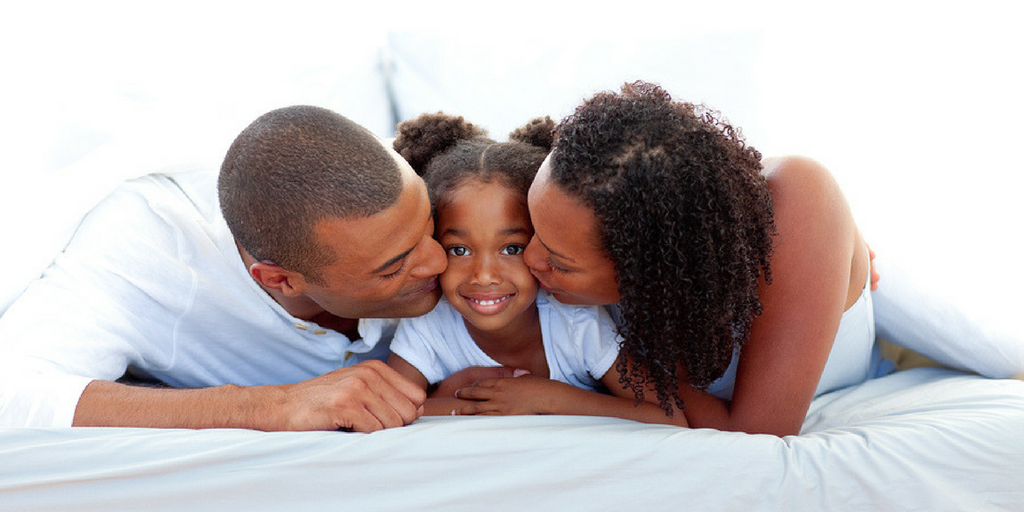 It’s not uncommon to hear people say that the trouble with kids today is that parents are too soft. But is that true? We don’t think so. But that doesn’t mean we believe in complete permissiveness, either.

The significant majority of people who have eating disorders experienced physical and emotional abuse as children. Most children who are abused receive the abuse from their parents, siblings, and other family members.

Childhood abuse includes commonly accepted but still traumatic parenting tactics such as spanking, slapping, criticism and shaming. This is something we must discuss in order to prevent and treat eating disorders.

Are parents too soft?

In a meeting with parents, it’s not uncommon for at least one person to say – or at least think – that the problem with today’s American children is that parents are too soft.

“When I was growing up, we knew our place,” says this parent. “The problem with parents today is that they’re afraid to show their kids who is boss.”

The cycle of abuse

Most adults who were abused as children go on to abuse their children. This is based in part on the belief that the abuse made them who they are today (in a good way). This applies to both physical and verbal abuse, which includes being slapped, beaten, yelled at, shamed, criticized, and more. The idea that we are stronger adults due to childhood abuse feels like the truth. But it is actually a symptom of having been victimized.

When we are victimized, our brains cannot tolerate the idea that we are weak. So they do a wonderful little trick of changing the narrative to make us believe that being abused shaped us in positive ways. This helps victims process and live with childhood abuse. But the result is the continuation of the abuse cycle, in which the abused becomes the abuser.

Close your eyes for a moment and imagine a child getting some milk from the refrigerator. He looks proud. You can see him thinking that he is a big boy who can get the milk out all by himself. He grips the milk container with both hands, a serious look of concentration on his face. His tongue sticks out of the corner of his mouth and he is humming a little bit. He carefully lifts the milk container. You see his eyes register concern that it is heavier than he thought it would be. Suddenly, the milk slips, spilling all over the refrigerator and onto the floor.

The child is devastated – he was trying to do something good, and it went wrong. You can see his eyes fill with tears as he looks at the milk on the floor. He is heartbroken that he spilled the milk.

Now imagine a parent coming in. She has an angry look on her face. Her hands are on her hips. She is yelling at the child for spilling the milk. She grabs his arm and yells into his face, then hits him on the bottom.

You saw the whole event as it was happening. The child was trying to do something good. He never intended to spill the milk. He was sad about spilling the milk. Think carefully about this as an outside observer.

We can understand the parent’s frustration about the mess. We may know that she has told the child not to get the milk by himself. It is very likely that she feels both justified and guilty for her behavior. But was this objectively good parenting? Did the child deserve her response?

You may say that in other situations, this parenting behavior is acceptable. But we should all understand that our children never deserve abuse, regardless of the situation.

Would we hit an adult?

Let’s take a minute and think about the adult workplace. If you have a coworker who jams the office copier, do you grab her arm and yell in her face to “teach her a lesson?” Does your actual boss ever use physical or emotional violence to “show you who’s boss?”

If your spouse forgets to buy eggs while doing the grocery shopping, is physical violence an appropriate response? If your elderly mother forgets to lock the door on her way out the door, resulting in your home being burgled, do you hit her and yell at her for her mistake?

Is there any adult situation in which we believe that physical punishment is appropriate? No. In fact, there is no adult situation in which physical punishment is legal. Adults who inflict physical violence against another adult will be arrested. And yet, because so many of us were physically reprimanded and violated as children, we mistakenly believe that we not only can, but should physically reprimand our own children.

The only reason we believe it is appropriate and even necessary to abuse our children is because that is the parenting that was modeled to us. And, if we’re honest, we lack parenting skills. Since the person we’re trying to control is physically smaller than us and emotionally dependent on us, it is easiest to use our size to get what we want. We use physical correction rather than learn the parenting skills necessary. Parenting skills would make it possible to lead and inspire our kids without physical coersion.

The abused become the abusers

If you were slapped, criticized, hit, yelled at, shamed, or spanked, then you need to realize that you are vulnerable to the victimization loop in which the abused become the abuser.

You need to look carefully at your unconscious beliefs about the righteousness of being abused as a child. Recognize that you were violated and victimized. Not because your parents didn’t love you – hopefully they did. But, more likely, because your parents were stuck in their own victimization loop.

It’s OK if you don’t want to look too closely at your own trauma or judge your parents’ behavior. They did their best, you survived, and are now responsible for your own children. But it’s not OK to assume that you should use the same parenting tactics with your own children.

Is it ever OK to victimize our children?

Consider whether, in the broad light of day, it is OK to victimize our children? Is it OK to abuse our children in ways that we would never consider abusing our spouse, friends, colleagues and any other adult? No.

And if we wouldn’t consider abusing our peers, why would we believe it is appropriate to abuse our children? Violence is never an appropriate disciplinary measure for children, ever.

If you are feeling out of control with your children and don’t know how to parent without hitting, yelling, shaming, and screaming, you’re not a bad person. We all feel frustrated when faced with the daunting task of helping our children grow into capable adults. Feeling angry, out of control, and as if you want to hit your kid is normal. But it is not OK to actually hit your kids or use shame and criticism as a parenting technique.

The real problem with American parenting

The real problem with American parenting is not that parents are too soft. It’s that we don’t have the parenting skills we need to interact with our kids without physical violence. We feel as if everyone else knows what they’re doing, but we don’t. We are a generation of isolated and scared parents. When we lose control, we think as if we are the only ones who don’t know what the hell we’re doing.

It’s OK to have all of these feelings. We are all students of parenting. But next time you think that violence is the solution to your parenting problems, remember that it’s not. There are lots of parenting books, blogs and resources available to help us learn to parent without violence. There are therapists, social workers, and coaches who can help us learn parenting skills that are far more effective than violence.

It’s not unusual to sometimes feel overwhelmed by parenting your kids. Lots of parents kind of hate their teenagers. But there are solutions to these problems, and they have nothing to do with physical violence.

And, next time someone says that American parents are too soft, ask them for clarification. They may say that we should “slap them around.” That we need to “show them who’s boss.” That parents should “not be afraid to tell kids when they’re assholes.”

This is never the solution to a parenting problem. The problem is not that parents are too soft – it’s that they don’t know what to do. Parenting is scary and hard. But there are skills we can learn to be better and feel better.

2 thoughts on “Is the problem with children that parents are too soft?”