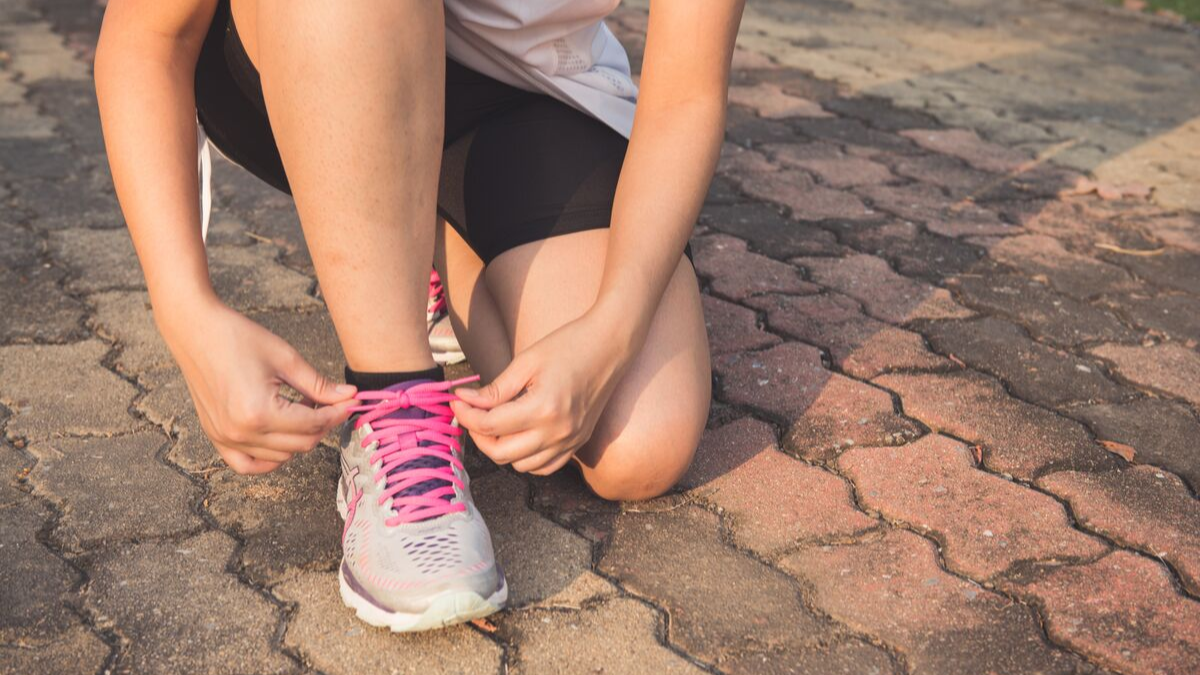 With all the promotion of exercise, many parents don’t realize that it’s possible for kids to exercise too much. In fact, over-exercising or compulsive exercising may be a symptom of something more serious going on. If you have a child who seems to exercise too much, it’s important to step in and help them find balance with movement and their body.

Compulsive exercise often starts with all the best intentions. Your child may love a sport and passionately pursue being the best they possibly can. Another child may have heard that exercise is really healthy, and they want to be as healthy as possible. Yet another kid might believe that exercise will help them lose weight, which they are desperate to do. Regardless of the reason why your child tends to exercise too much, the symptoms include:

Exercising long, hard, and frequently is considered a virtue in our fitness-obsessed culture. But the surprising fact is that over-exercising is not healthy, and may even harm health.

The saying “there’s no such thing as too much of a good thing” is decidedly wrong when it comes to exercise. Compulsive exercise is a mental condition that falls under Obsessive Compulsive Disorders. It can have serious health impacts including:

Compulsive exercise often starts out for all the best reasons. But some kids are just naturally more prone to becoming obsessive about exercise. Exercising too much can hurt your child emotionally and physically, and it’s important for parents to intervene if they believe there may be a problem.

How do I know if my child has a problem?

The most important thing is to consider your child’s exercise patterns objectively. You have likely heard all the reasons they give for exercising. But take some time to look at the amount of exercise they are doing and how it is impacting their life. There’s a critical difference between healthy exercise and obsessive exercise, and you can likely sense it if you pay attention.

Here are some conditions that should make you extra-vigilant when it comes to your child’s exercise:

If they are an athlete:

A 1992 study by the American College of Sports Medicine found that more than 33% of female Division 1 NCAA athletes reported disordered eating. Obsessive exercise and dietary control are very prevalent among student athletes. Parents should be aware of whether their student athlete has a healthy relationship with exercise, food, and their body.

If they have a history of an eating disorder:

If they are exercising to lose weight:

How to help your child who exercises too much

If you believe your child exercises too much, it’s important to intervene. Remember that your goal is to raise a healthy person in both body and mind. This is not possible if they are suffering from an obsessive behavior like over-exercising.

First, gather your information. Give yourself some time to take note of your child’s exercise behaviors. Cross-reference them with the list provided above.

Next, think about your child’s behavior beyond working out. For example:

Have you noticed significant dietary changes?

Are they restricting entire food groups? Perhaps they are consuming large quantities of protein powder and protein bars, but not much else. Pay attention to their food habits and whether they have changed.

What about social changes?

Are you noticing that they aren’t as social as they once were? Perhaps their only socialization involves exercise?

How is your child’s mood?

Have you noticed that they have a lot of rigidity and anxiety around exercise? Is your child generally more grumpy or manic since they started exercising so much? Are they less available to do fun things because they are busy exercising?

Once you have all of the information you can gather, open a conversation with your child. For example, “Jimmy, I’ve noticed that you’re spending most of your free time exercising, and I’m concerned.”

Don’t throw your list down on the table or demand answers. Instead, ask open-ended questions that help you have a conversation about how they are feeling about the role exercise plays in their life. For example:

The best case scenario is that they will be able to have this discussion with you non-defensively. Be curious about their experience, and look for curiosity on their end, too. Talk about the dangers of over-exercising, and agree on some reasonable expectations in terms of their exercise behavior.

If your child has a problem with compulsive exercise, it will be hard to have this conversation without them becoming defensive. For example, they may tell you that you don’t know what you’re talking about, that there’s no problem, and that you don’t support their health.

Defensiveness may be a sign that there is something going on in terms of compulsive behavior around exercise. At this point, consider bringing in a professional who can help you navigate these conversations with your child. A therapist can work with you to help you open conversations, or they can work with your child directly to identify whether there is a problem and, if so, determine treatment.

These conversations are difficult, but they are also crucial. Early, compassionate intervention by parents can help a child who is struggling with exercise compulsion get the help they need.

1 thought on “Does my child exercise too much?”