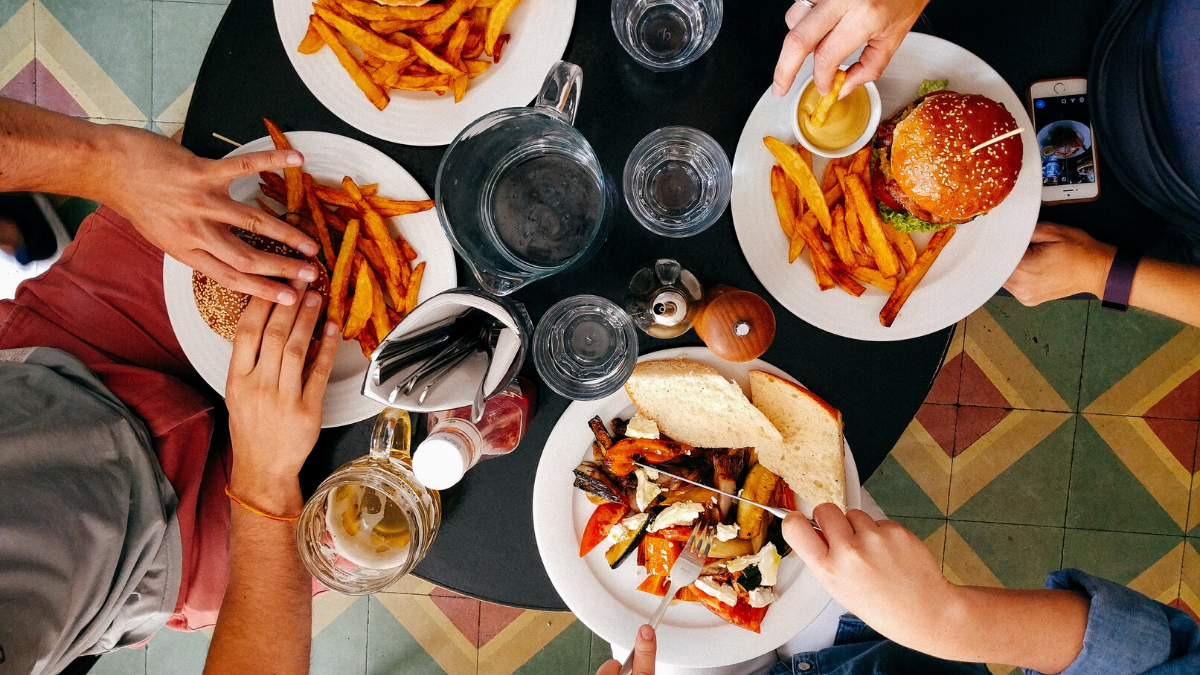 It is possible to prevent and treat eating disorders. New research suggests that Intuitive Eating may help. A recent study found that teens who eat intuitively have better mental health outcomes and eating habits as adults.

This is important, because most of our kids are not being raised with Intuitive Eating principles. As a culture, we largely embrace non-intuitive eating. Most people follow restrictive diets rather than our body’s intuition.

The data applied both to teens who scored higher in Intuitive Eating at the beginning of the study and those who became more intuitive over the course of the study.

The authors concluded that Intuitive Eating in adolescence predicts better psychological and behavioral health across a range of outcomes. They also suggest that Intuitive Eating may be a positive intervention for people who are at risk of or have eating disorders. This is based on the findings that teens who used Intuitive Eating were 74% less likely to develop Binge Eating Disorder.

Intuitive Eating is most likely effective because it counter-balances diet culture messages. These messages say that we can and should control our body weight. Diet culture has grown on the wings of the diet industry. The diet industry exploded from $10 billion in annual revenue in 1985 to almost $70 billion in 2012.

In that time, human body weights have not gone down, but eating disorders and disordered eating have increased. Sadly, diet company profit goals play a huge role in our lives. This is despite zero evidence that their programs are effective, safe, or improve health outcomes.

Intuitive Eating may prevent eating disorders because it actively works against the diet culture promoted by the diet industry. It specifically teaches people to recognize and reject diet culture. Diet culture marketing says we can lose weight fast and keep it off for life. But Intuitive Eating teaches us to listen to and trust our own bodies.

What is Intuitive Eating?

The authors define Intuitive Eating as following these 10 principles:

Truth: many times you will need to feed yourself mindfully before you get hungry to accommodate your schedule. This doesn’t go against Intuitive Eating framework, but is commonly incorrectly presented as the reason why Intuitive Eating is not a realistic lifestyle.

Claim: Intuitive Eating is about eating whatever you want, so it’s not healthy

Truth: Intuitive Eating has been shown to result in better health across many dimensions because it removes food rules and lets the body drive eating patterns. Contrary to popular belief (i.e. diet culture), a body will naturally select a wide range of foods to fit its nutritional needs.

There are many false claims about Intuitive Eating. The best thing is to read the book or find a trained dietitian to make sure you get the correct approach rather than one of the many false approaches.

Diet culture is bad for health

Diet culture has worked hard to convince us that we can’t trust our bodies. Every diet message preaches that our bodies need to be controlled, and our urges for food, rest, and pleasure, need to be eliminated. This is the opposite of Intuitive Eating, and it may be why it can help prevent eating disorders.

Diets restrict food and pleasure, and they all promise that it’s easy and fun to take weight off and keep it off for life. But the data consistently shows that lasting intentional weight loss is virtually impossible for 90-95% of people.

Today’s diets intentionally avoid focusing on how the body looks, saying instead that the main goal of dieting is increased health. But the data don’t support the idea that diets are good for our health. In fact, diets are proven to increase cortisol and decrease metabolism. They have not demonstrated any health improvements. Finally, the most common outcome of intentional weight loss is weight cycling, which is recognized as bad for our health.

In other words, there is no evidence that diets are effective at anything other than reducing our health.

How parents can teach their kids healthy eating

Parents who want healthy kids now have even more evidence that Intuitive Eating is a solid approach to food and eating. Rather than try to control our bodies and force a particular diet, we should follow our intuition and trust our bodies.

Parents can help their kids learn Intuitive Eating by:

Parents can make a huge impact on kids’ lifelong health. When we teach our kids Intuitive Eating, we can help prevent eating disorders and other mental health conditions.

8 thoughts on “Intuitive Eating to prevent and treat eating disorders”