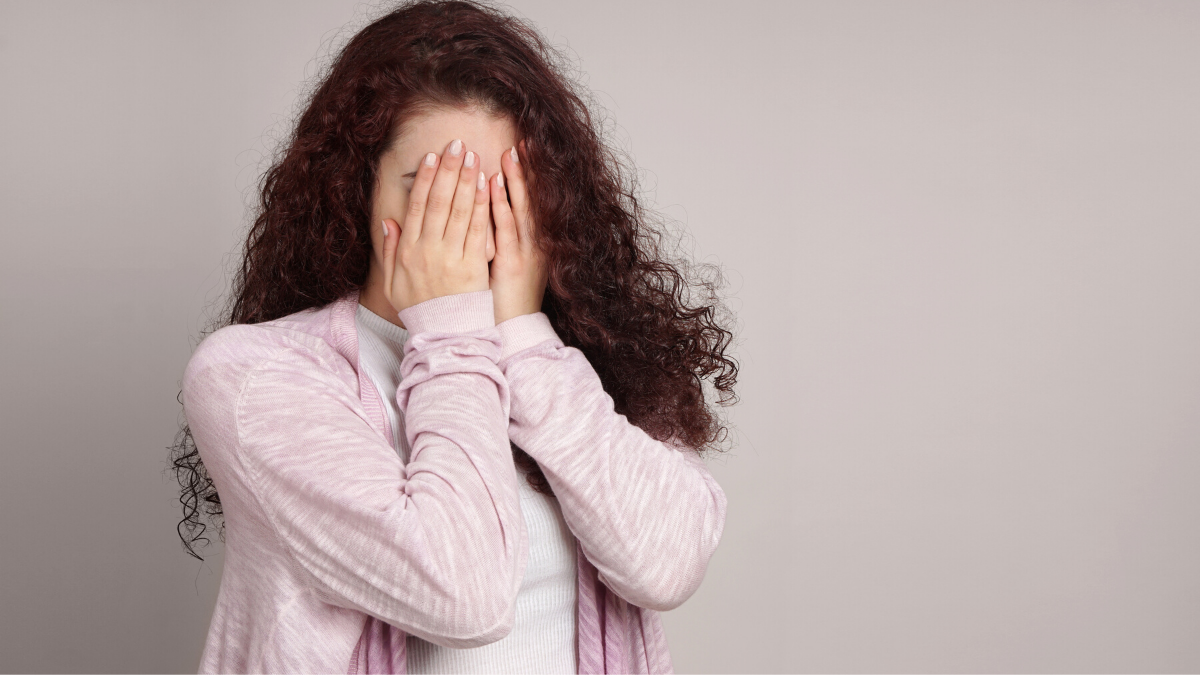 Food shaming your child is a common practice, but it can harm their health. I say this because I know that most parents who food-shame are actually trying to improve their kids’ health.

Due to frustrating cultural conditioning, many of our instinctual approaches to raising healthy kids actually backfire. Parents who want to raise healthy kids are told to restrict and manage kids’ food, but unfortunately, food restriction is associated with binge eating, sneak eating, emotional eating, and full-blown eating disorders.

Also, food restriction contributes to weight gain. That’s right. Intentional weight loss (e.g. dieting) is not only ineffective, but it does the opposite of what’s intended. I’m not anti-fat or against bodies gaining weight, but I say this because the thing everyone believes will help them lose weight and/or stay small (dieting and restricting) actually has the opposite effect!

What is food shaming?

Food shaming is something that happens when a parent or other person makes a judgment or criticism of what a child is eating. Common food-shaming comments include drawing attention to:

These comments typically stem from popular culture, which generally believes that people who eat certain ways are either “good” or “bad.” These beliefs have been intentionally created by the diet industry, which has a basic template for marketing its diet programs.

These marketing messages have been promoted by the diet industry to great success. And our culture believes them, even though they simply are not true. Weight loss is not effective or healthy. But the weight loss industry has thrived nonetheless and created a culture of parents that instinctually use food shaming without realizing the harm it causes.

Many people who have/had eating disorders recall being food-shamed by their parents. These people had parents who truly wanted to help their kids. But we live in a society that, egged on by the powerful diet and food industries, tells us that food is either “good” or “bad.” This message is everywhere, and it’s incorrect.

There is significant research demonstrating that Intuitive Eating, a method of eating without following “food rules” but rather focusing on hunger and appetite cues, is the healthiest approach for the body and mind. An intuitive approach to eating with zero weight goals or expected weight outcomes is protective against eating disorders, the second most deadly mental disorder.

That is why we implore parents to never food shame their kids. That means:

We ran an informal survey on Instagram and asked people for examples of how their parents food-shamed them. The results were sad, but not surprising. Here are some examples of childhood food-shaming experiences:

Shame is not healthy

Parents who food shame their kids often think they are trying to improve health, but shame itself is damaging to health. Shame can have a significant negative impact and is associated with eating disorders, substance abuse, and many behavioral addictions.

What is shame? Shame is often used as an umbrella term to indicate a variety of emotions ranging from embarrassment to searing mortification. It happens when an individual feels they are at risk of being excluded from a critical social group. It is especially dangerous in family groups, which are essential to a child’s health, safety, and well-being. Unlike guilt, which is feeling bad about an action, shame is feeling bad about who you are as a person.

Belonging to social groups, particularly a family group, is critical to human health. Therefore, feeling shame within one’s family group can be devastating. shame is associated with low self-esteem, hostility, and psychological distress. This is particularly true of body-based shame. [1]

Also, shaming people for behaviors backfires. For example, being shamed for drinking increases problem behaviors for someone who has alcoholism. [2] Many people who are shamed for eating find themselves binge eating or eating uncontrollably in response.

We can see this reflected in our survey. Respondents reported that parental food shaming encouraged them to develop problems with binge eating.

For others, parental food shaming led to severe restriction and a full-blown eating disorder.

Most of all, respondents say that parental food shaming led to an unhealthy relationship with food.

What to do if you have food shamed your kids

If you recognize that you have been food-shaming your kids, then take a deep breath. It can be surprising to hear that something you did with the best intentions was harmful. And the good news is that you can make amends to your child. While you can’t erase what is already done, you can attempt to repair the damage.

The best way to get started and help your child be truly healthy is to own up to your mistakes.

Once you can see that you have been food-shaming your child and understand that it is hurtful, you can begin repairing your relationship. The key is to open a conversation without getting defensive or critical of your child. It’s hard to get vulnerable, but it can have a huge impact on your child.

Before you begin, here are a few ground rules for a conversation about food shaming:

Once you are ready, you can open a conversation with your child. Here’s an outline for how to approach this:

Learning to stop vilifying food and shaming people for eating what they enjoy takes time. Just keep trying! Showing up is half the battle.

9 thoughts on “Are you food shaming your child? You’ve got to stop!”