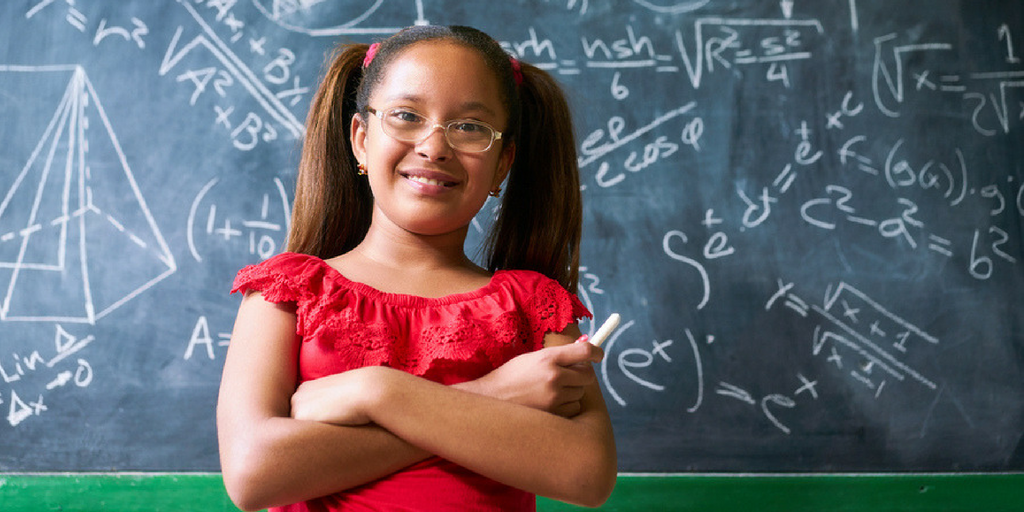 Well-meaning teachers can make a positive impact if they stop teaching dieting and weight loss at school. This includes making statements and putting up posters saying things like “eat less & move more,” and “eat healthy foods.” Such statements are problematic from a scientific, nutrition, health, eating disorder, and social justice standpoint.

You may think you’re being helpful, but children as young as 6 years old have reported dieting. And 80% of US girls have been on a diet by age 10. Intentional weight loss of any type is correlated with higher adult weight [1] and life-threatening eating disorders. [2]

We can all agree that the goal of schools is to educate our children. And yet one thing teachers need to stop teaching is dieting and weight loss.

But what about the “obesity epidemic?!”

Most schools that institute nutrition and exercise programs have the goal of reducing “overweight” children. They are doing this based on the “fact” that kids are getting fatter. And the belief is that weight gain will result in significant lifelong health consequences. This concept is supported by popular belief systems. It’s reinforced by media and health and wellness companies. However, it is not supported by scientific research.

1. BMI is a terrible measurement of health

The “obesity epidemic” was founded on BMI standards. These were developed in the 1800s and have been proven to be a terrible measurement of both adult [4] and childhood [5] health. The BMI standards used to define “overweight” and “obese” were adjusted for children in 2000. This changed “overweight” from 95% to 85%. As a result, there was an immediate increase in the number of “overweight” children with no change in the actual weight-to-height ratio. Thus, the “epidemic” is exposed as a simple change in how statistical data is crunched.

BMI is a poor indicator of health. A better way to determine whether we have a true “obesity epidemic” is to look at their average weights. And there have been no significant changes. “This can be taken as evidence that there has been no ‘epidemic’ of weight gain since an epidemic would certainly have affected average weights.” [6]

3. It’s not as simple as overeating and under-exercising

There is no evidence to support the assumption that our kids’ weights are directly based on an energy imbalance. That is, we can’t say that kids are eating too much and exercising too little. Kids have shown a decrease in calorie intake [8], and an increase in activity rates [9]. It is incorrect to believe that “overweight” kids are a function of simple calories in and calories out.

4. Weight loss is an unethical prescription

It is unethical to prescribe any form of weight reduction in children. The vast majority of all people who intentionally lose weight regain everything they lost and then some within three years. Weight cycling is worse for health than living in a larger body without weight cycling.

But isn’t it good advice to “eat healthy?”

Many educators may agree that children should not “diet.” Yet they still teach poorly-understood concepts of “healthy” eating. For example, many educators tell children they should limit sugar. However, there is very little evidence that sugar intake is linked to obesity. [5] Even sugary sodas, commonly believed to be nothing but “bad,” have no direct link to weight gain. And in fact, one study even found that teenagers who drank the most soda were thinner than their peers who avoided soda. [11]

Similarly, fast food has not been associated with greater obesity. Some of the heaviest populations in the world have no access to fast food. [12] What children eat certainly plays a role in their health. However, blaming weight on particular foods and food groups is simply not supported by scientific evidence. [13]

Many teachers think that saying something like “eat healthy!” is at best positive and at worst neutral. However, they are incorrect. “Negative messages such as sugar and fat are “bad,” and the use of the term “junk food” contributes to the underlying fear of food, dietary fat, and weight gain, which precedes body image concerns and eating problems.” [14]

An alarming number of schools have decided to take on preventing “childhood obesity” as part of their mission. However, the data shows it’s not helpful. The Child Adolescent Trial for Cardiovascular Health (CATCH), sponsored by the National Institutes of Health, is one of the largest school-based prevention programs.

“There is little evidence so far that school-based programs have had a major or lasting impact on BMI or body adiposity.” [16]

“Many studies over the last few decades show that when adults try to regulate or control what children eat, the children ate more, not less, and are likely to end up with weight, body image, and eating-related problems.” [3]

Controlled experiments have shown that “trying to encourage, pressure, or even reward children to eat certain foods actually turns them off to those foods and makes it less likely that they will eat them. Conversely, if children are deprived of certain foods, they become more interested in those foods and are more likely to overeat them when they get the opportunity.” [18]

Schools mean well when they put weight loss programs in place. However, school-based programs have no evidence of success. [16]

One study looked at which teachers were most involved and passionate about a school’s childhood obesity prevention programs. Unfortunately, they found that these teachers had a very low level of nutrition knowledge. They also had very high levels of personal body dissatisfaction and eating disorders. [19]

These teachers were passionate about but not qualified to teach nutrition or weight science. Additionally, they were at risk of passing along dangerous beliefs about body weight and disordered eating behaviors.

The majority (85%) of the teachers studied reported that they recommended strict, calorie-reduced diets despite the fact that there is no evidence to support the viability of such efforts. there is also no evidence that dietary restriction positively impacts health. [16, 20]

It would be great if teachers could stop teaching dieting. But what about health? Well, the good news is that teaching students Health at Every SizeⓇ (HAESⓇ). This approach focuses on self-acceptance, positive body image, and intuitive eating and movement.

Anti-obesity programs have shown no success in improving health. Yet Health at Every Size has shown “statistically and clinically relevant improvements in physiological measures (e.g., blood pressure, blood lipids), health behaviors (e.g., eating and activity habits, dietary quality), and psychosocial outcomes (such as self-esteem and body image), and that HAES achieves these health outcomes more successfully than weight loss treatment and without the contraindications associated with a weight focus.” [21]

When teachers stop teaching dieting and adopt a HAES perspective they will help kids be healthy.

[1] Pietilainen, Does dieting make you fat? A twin study, International Journal of Obesity, 2012

[4] Franzosi, M.G. Should we continue to use BMI as a cardiovascular risk factor? Lancet, 2006

[6] Obesity and the Facts: An Analysis of Data from The Health Survey of England 2003. Social Issues Research Centre, February 2005.

[12] Simmons D., McKenzie, A., Eaton, S., et al, Choice and availability of takeaway and restaurant food is not related to the prevalence of adult obesity in rural communities in Australia. International Journal of Obesity 2005

[14] O’Dea J. The New Self-Esteem Approach for the Prevention of Body Image and Eating Problems in Children and Adolescents. Healthy Weight Journal 2002