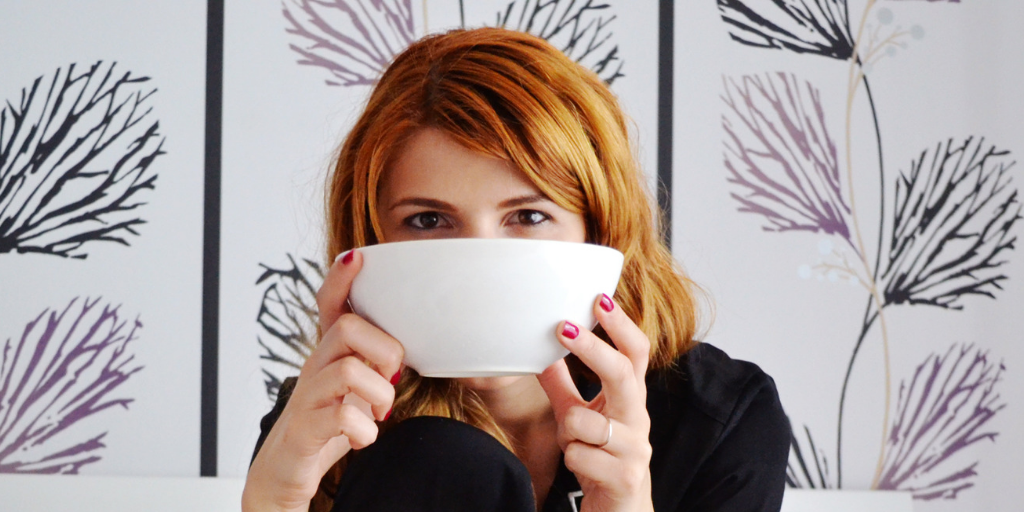 I have noticed something that really concerns me. When I get together with my grown daughter, she binge eats a lot of unhealthy food. When she was growing up, she was always on the chubby side, but she dieted a lot and generally kept her weight under control until she hit her thirties. Now she is 38 years old and quite heavy, and I think she eats too much. I see her eating all sorts of foods like cupcakes, chips, soda, and french fries. I’m concerned about her health. What can I do when I see my grown daughter binge eat? Do you think she has binge eating disorder?

I can understand why you are concerned, and I can hear how much you love your daughter. In our culture, we make a lot of assumptions about food and weight, and when a person is larger we tend to blame that on their eating habits, forgetting that almost all people – including thin people – eat a variety of food, including cupcakes, chips, soda, and french fries. The assumptions we make about a person’s weight and eating habits can get in the way of diagnosing an eating disorder, so I’m going to unpack some of them.

First, regarding weight. You say that your child was on the chubby side as a child. It’s hard to live in a larger body in our society. I would imagine that she was criticized for her weight. This might have led her to start dieting and controlling her weight, which might have seemed like a good thing at the time. But actually, this worked against her. Dieting is a risk factor for both weight gain and eating disorders.

In almost all cases (+95%) when a person intentionally loses weight, they will experience weight cycling. They regain all the weight they lost, often plus a little more. Weight cycling creates metabolic changes that can remain indefinitely. In other words, dieting to lose weight creates weight gain in almost all cases. Dieting is the No. 1 predictor of weight gain and eating disorders.

I’m telling you this because while I know that you are very concerned about your daughter’s health, I think it’s possible that your main concern is her weight. I completely understand this. We live in a society that blames and shames people for their weight. But true health is not achieved by trying to control weight but by healing a person’s relationship with food and their body.

People like your daughter who are living in larger bodies feel the weight of our society’s blame and shame. The problem may look like it’s the number on the scale, but the real problem is that she’s been blamed and shamed for living in a body that doesn’t fit into narrow societal expectations. Weight-based blame and shame lead to poor health outcomes.

Next, I’d like you to consider your daughter’s eating patterns as if she were a thin person. If your grown daughter were thin, would you worry that she binge eats cake, fries, and other fun foods? Most people eat these foods, but we are conditioned to notice it more and criticize people who are living in larger bodies because we assume that they are larger because of the way they eat.

This is a false assumption. In fact, people who are in larger bodies often consume the same or fewer calories and eat a diet equal to that of many people who are in smaller bodies. A larger body is typically genetically primed to have a slower metabolism and be more efficient in extracting nutrition. And if a person has dieted, they have further reduced their metabolic rate. These factors are out of your daughter’s control. We cannot change her genes or past weight cycling.

So, really think about how your daughter eats in light of this common bias. Is she really eating “too much” or are you assuming she eats too much because her body is large? Are you sure you are seeing a “binge,” or just your grown daughter in a larger body eating food?

I’m saying all this because binge eating disorder is the most common eating disorder, but it is also terribly misunderstood and frequently mistreated by loved ones, healthcare providers, and even eating disorder treatment providers. This is due to weight stigma and diet culture.

If you suspect she may have an eating disorder, consider the following actions:

She’s an adult. That means a few things. First, she is responsible for her own health now. You can support her, but advice can be tricky. Listen more than you advise. Focus on being curious rather than making recommendations. Second, as a larger woman, she is absolutely aware of her weight already. A lot of times people think larger people need to be informed of their weight and the dangers of living in a larger body. Trust me on this: she’s heard it all. Any attempt to tell her that she’s large will infantilize her and inflict weight stigma. It will not help her.

Your focus should be entirely on how she feels emotionally. Is she happy? Confident? Living in a black hole of shame? Traumatized by years of believing her body is wrong?

Your focus as a mother should be to give her compassion and acceptance and to recognize the stigma she faces living in her body in a society that is cruel to bodies like hers. If she expresses shame and guilt about either her body or the way that she eats, then mention that she may want to seek support from a non-diet dietician or therapist, who will be able to help her find peace and will recognize and treat an eating disorder if one exists.

It is hard to parent in a culture obsessed with weight and food, but when we learn more about the stigma our kids live in we are better able to help them find health and healing.