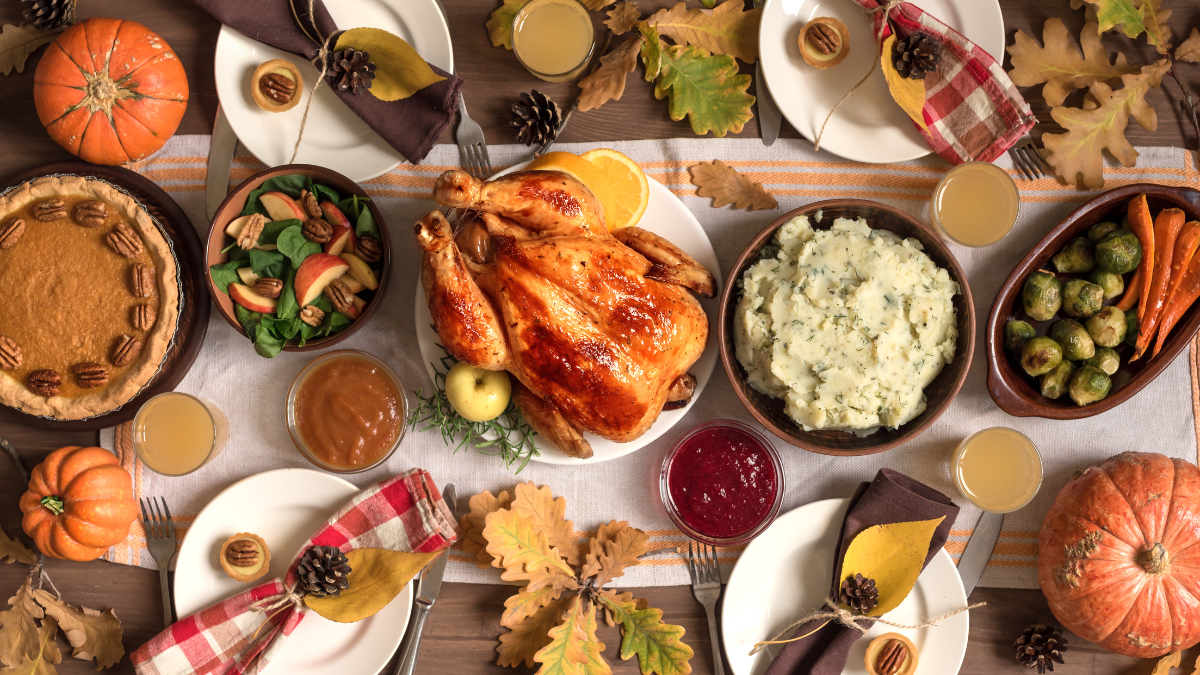 Many of our Thanksgiving family scripts focus on body-based and food-oriented comments. These comments may seem benign, but when your child has an eating disorder, it’s important to put a stop to them. It may take some practice, but it’s not hard to shift once you have these new scripts in mind.

Here are some examples of new Thanksgiving scripts:

Many people automatically comment on someone’s appearance as a greeting. However, this focus on appearance can be upsetting for someone who has/had an eating disorder.

Also, when we make appearance-based greetings, we miss the opportunity to connect with the actual person – who they are, what they mean to us, and what makes them interesting and important.

Instead of: You look great! Have you lost weight?

Instead of: Have you gained weight?

Try: It’s wonderful to see you!

Instead of: What have you been doing? You look great!

Try: How have you been doing? Tell me all about it!

Instead of: You look so pretty today!

Instead of: You look so skinny! Let’s fatten you up!

Thanksgiving is a food-based holiday, and so, of course, it brings out many diet culture scripts, which basically assume that we are “bad” if we eat rich, delicious foods, and we are “good” if we restrict our foods to “healthy” options like salad.

This idea that how we eat determines our morality is very dangerous for someone who has/had an eating disorder, so it’s important to change the script. Here are some ideas:

Instead of: Uh-oh – I’m going to blow my diet today!

Instead of: I guess this is a cheat day!

Try: I’m looking forward to enjoying this day with you.

Instead of: I guess the diet starts tomorrow!

Try: I love being here with you.

Instead of: I’m trying to lose weight, so I’m not going to eat that.

Try: Tell me about how you’ve been doing.

So many people live in some form of dietary restriction, and then “let it all hang out” at a Thanksgiving feast. There is nothing wrong with feasting, but most people talk about it as a negative or something that will need to be atoned for later. This can easily lead to descriptions of the core eating disorder behaviors of restriction, binge eating, and purging.

Instead of: I’m stuffed! I definitely ate too much

Try: That was delicious!

Instead of: Good thing I didn’t eat all week to prepare for this pie!

Try: Thank you for being here today.

Instead of: I’m “eating clean” so I can’t eat any of this food

Instead of: I’m going to have to not eat for a week to make up for this!

Try: I love being with you.

Instead of: I really shouldn’t eat more but I can’t help myself!

Try: Isn’t it wonderful to be together today?

Instead of: I can’t believe I ate all these carbs. My trainer is going to be so mad at me!

Try: This is a great day!

Instead of: I need to take a walk so I have space in my belly for all this food.

Try: I’m going to take a walk because it feels so good to be outside.

Instead of: I’m going to have to go to the gym after this!

Try: This has been a wonderful meal.

Instead of: It’s going to take weeks to work off all the food I ate!

Try: I have been really enjoying this day and being with you.

Plan in advance for an eating disorder friendly Thanksgiving

If your family is like most, shifting the script will take effort. You can start the ball rolling by calling people who will be at the meal with you and your child and see if you can agree to gather with the intention to not perpetuate eating disorder talk.

Hi Aunt Beatrice, I’m so excited to have you for Thanksgiving! I can’t wait to see you. This is a little awkward, but I wanted to let you know something that we’ve been working on. We’ve noticed that how we talk about bodies and food really makes a difference to our kids. So we avoid talking about bodies, diets, or saying things like “this food is so bad” or “I’m going to have to work this pie off later.” The truth is that we didn’t even notice how often we do it. But I just wanted to let you know that it’s something we’re working on, since you’ll probably notice we’re going to try not to do it this year.

Here’s some options for redirecting food and body comments on Thanksgiving day:

Redirect: Hey Aunt Beatrice, did you get that promotion at work?

Remind: Hey Aunt Beatrice, remember we aren’t talking about diets today. How was your visit with Uncle Fred?

Set a boundary: Aunt Beatrice, when you talk about my body like that. I feel bad, because it seems like you are criticizing my weight. If you continue to do that, we’ll need to leave.

Thanksgiving doesn’t have to be a minefield for someone who has an eating disorder, and it will be more fun for everyone involved if we reduce the focus on food and bodies and focus instead on the many other things that make being together so meaningful.

2 thoughts on “Family scripts for an eating disorder friendly Thanksgiving”