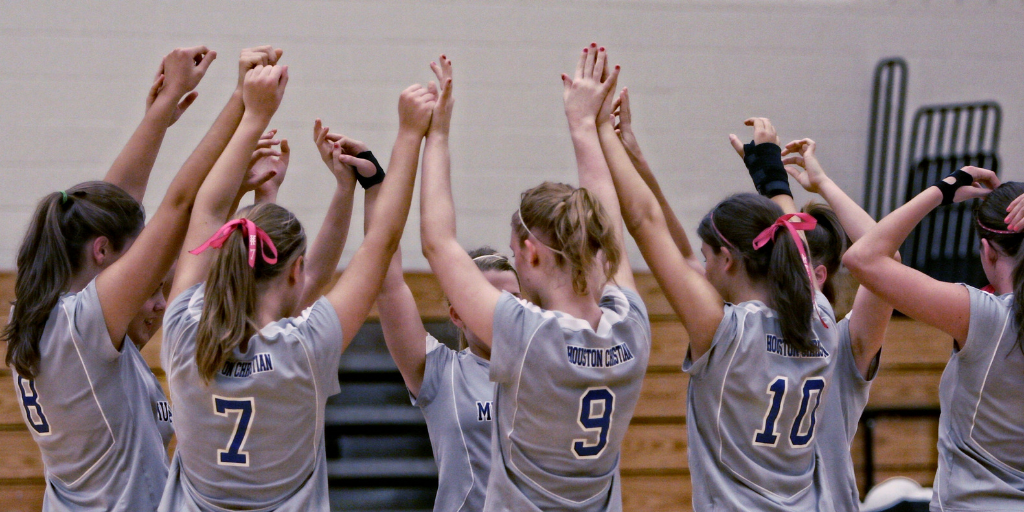 Being on a team is awesome, but it’s also true that student-athletes should be monitored for eating disorders. While moderate exercise is very healthy, student-athletes may struggle with anxiety, depression, and eating disorders during their athletic careers. This is most likely due to the the stress of participating in sports in today’s hyper-competitive environment combined with the fact that coaches and parents are rarely aware of how to spot eating disorders.

As parents, we need to be aware of the dangers, signs, and symptoms to help our kids thrive as student-athletes, both on and off the field, court, track, etc.

Anxiety, depression, suicidality, self-harm, substance abuse, and eating disorders are all on the rise for all teens and young adults. Almost 50% of Americans under the age of 18 experience mental illness before turning 18 (Pew Research Center, 2019). Exercise and the belonging of being on a team are positive for mental health. Yet many student-athletes find themselves suffering from food and body issues.

“Despite the well-documented benefits from exercise and sports participation on mental health, some athletes will at times experience psychological, emotional, and behavioral problems.”

“The professional consensus is that the incidence of anxiety and depression among scholastic athletes has increased over the past 10 to 15 years,” said Marshall Mintz, a New Jersey–based sports psychologist who has worked with teenagers for 30 years (The Atlantic). A study by the National Athletic Trainers’ Association discovered that many adolescent student-athletes reported higher levels of emotional disruption and mental illness compared to non-student-athletes. (Neal, et al, 2015)

Student-athletes have some great assets in terms of belonging and healthy exercise. But they can also suffer in a highly-competitive environment. This is especially true when the athletes are held to body standards and/or wear body-conscious uniforms. Such sports include running, girls’ volleyball, gymnastics, and swimming.

Here are a few reasons why student-athletes may struggle with mental health:

Many student-athletes build their identity around being athletic. They often build their entire sense of self and worth around their athletic performance. Athletics become the way they seek and receive positive feedback from parents, peers, and important adults like coaches. This is a risky way to identify yourself. An injury or poor performance can leave an athlete feeling bereft and worthless.

2. Fear of falling behind

Athletics is based on being either a “winner” or “loser.” And this may be motivating for some. But others can become obsessed with numbers and performance metrics. The more games won, points scored, and medals received, the greater the fear of not performing as well next time. This leaves student-athletes in a constant state of fear. They fear of letting their team, their coach, their parents, and their peers down. It becomes impossible to imagine not giving everything they have to their sports performance. They may sacrifice food, sleep, grades, physical health, and mental health to the high-stakes game of winning.

High school sports were once confined to the season, but now most student-athletes compete year-round. They put in 2-3 hrs of practice every day (sometimes more) on top of schoolwork. Many don’t get home until 7 or 8 p.m., at which time they must complete several hours of homework. This schedule continues without a break as long as they want to stay competitive. But this schedule requires a 12-hour workday before homework. With homework, student-athletes are working 15-18 hour days. This is more than 75 hours per week. That’s many more hours than most adults work.

Most parents don’t mean to push their kids too hard when it comes to athletics. Most do it subconsciously in an attempt to support their child. It’s wonderful when a child is naturally athletically talented, and usually, the child enjoys their sport tremendously in the beginning. But as they continue, many kids will keep playing even when they don’t enjoy themselves. Because they know how much their parents love their athleticism. Since their identity is wrapped up in their sport, they worry that they are not lovable without their sport. They also know how much their parents have sacrificed in both time and money for them to succeed so far. It’s hard to stop playing when you know how much your parents have invested in you.

Coaches often spend more time with student-athletes than any other adult, including parents. They might be great at achieving athletic goals. But few coaches have any training in mental health and teenagers with eating disorders. They tend to make massive and devastating mistakes when it comes to the emotional caretaking of our student-athletes. Coaches are incentivized to win, and their focus is on that outcome rather than any individual player’s health. In fact, coaches may ignore physical injuries and obvious mental distress. Their goal is to maintain a key player on their team, so they may make questionable choices for an individual. Coaches often criticize student-athletes and engage in emotional manipulation to meet their winning goals. And, of course, coaches want their student-athletes to look the part, which means lean and muscled. In some sports, weigh-ins lead to explicit weight goals. In others, coaches never need to explicitly state weight goals. They just make comments to make it clear that student-athletes must maintain a certain physique in order to be a part of the team.

Uniforms can either increase or soothe body consciousness. The most challenging uniforms when it comes to body issues are swimsuits, leotards, and the briefs worn for volleyball and running. In these uniforms, a student-athlete who is gaining weight has nowhere to hide. Many will simply drop out of a sport rather than continue to watch their bodies change in plain view. The uniforms perpetuate the concept that there are particular body types that are “built” for particular sports. They promote the concept that anyone who doesn’t “look good” in the uniform should not participate.

The very same characteristics that make someone a great athlete also make them “good” at eating disorders. Great athletes are dedicated and passionate. They tend toward perfectionism and don’t shy away from following a “no pain, no gain” mentality to succeed. These qualities also makes them very good at controlling their food intake and engaging in disordered eating and eating disorders. The number of sub-clinical eating disorders in student-athletes are virtually impossible to measure. These behaviors appear “normal” and “healthy” in the student-athlete population. But they are not. It is often only when they put their athletic careers behind them that student-athletes recognize how deeply disordered they were when they were competing.

No parent wants their child to suffer mental distress or get an eating disorder. And yet it often comes with the territory of being a student-athlete. It is possible to compete without suffering health consequences. This requires that we monitor student-athletes for eating disorders and other mental illnesses.

Following are the major ways an athlete may experience stress, as described by Ray and Weise-Bjornstal (1999):

If your child is a student-athlete, you should monitor for these signs and be aware of their serious risks. Don’t wait for your child to ask for help. Schedule a professional consultation with a therapist who has experience working with student-athletes. If possible, maintain a regular relationship with a coach, therapist, or physician who can periodically evaluate your child’s mental health. You need support in optimizing their environment for their mental health.

At some point, our student-athletes will no longer compete in their chosen sport. Our goal as parents must be to help them maintain enough of a sense of self, and enough positive mental health, that when they stop competing, they still feel worthy of love and attention without the prospect of winning a single medal or point ever again.

See Our Guide For Parenting a Teenager With An Eating Disorder

5 thoughts on “Student-athletes and eating disorders”