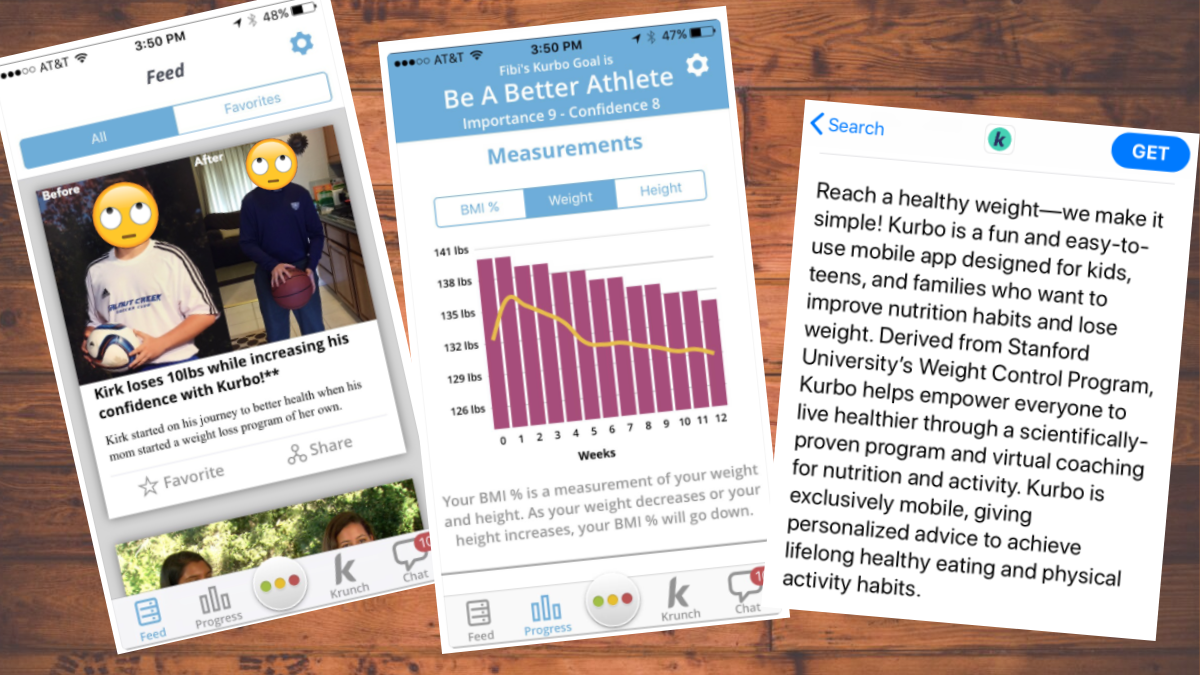 On August 13, WW (formerly known as Weight Watchers), announced its new app Kurbo for children ages 8-17. This is problematic on many levels.

First, let’s take a look at why WW is desperate to offer something for kids. They say it’s to help kids be healthier. But it’s actually to help WW acquire more customers. WW launched a free gamified weight loss app wrapped in “healthy” clothing to snag new customers when they’re young.

Here’s the thing: WW is a corporation. It is driven by profits. Since it is publicly traded, WW needs to show continuous growth – year after year. This is becoming increasingly hard, since more people are catching on to the fact that diets don’t work.

WW needs to stay relevant and growing, and every company knows that the only way to do this is to expand its market and products. There is nothing altruistic about a corporation like WW, no matter how much it tries to act as if it’s in it for our “health.” It’s in it for the money.

Several studies have found that parental weight talk, whether it involves encouraging their children to diet or talking about their own dieting, is linked to higher weight and eating disorders. This, combined with many other factors, caused the American Academy of Pediatrics to advise against talking about and focusing on weight with children and teens.[1]

Here are four reasons you should not sign your kid up for the WW app Kurbo:

The Kurbo app is provided free by WW, a weight loss company that is pretending it cares about health when really it just wants to increase profits. The company is not concerned about long-term health outcomes of our kids. It’s only concerned about showing that it can remain profitable in a society that is increasingly rejecting diet culture and the very tenets of its business model.

WW is trying to brand Kurbo as a children’s “health” app, but when you go to download the app, it clearly shows that it is dedicated to weight loss:

The quote at the end of the description says everything. Parents confuse how a child looks with how healthy they are. That is the dirty secret of weight loss companies: they tell us that they are getting us healthy, when all they are doing is making us look thinner, which is not the same thing as being healthy.

There are no studies showing that an app that tracks intake and activity can improve long-term health for kids – or anyone.[2] In fact, several studies have shown that Fitbit, which promised to transform our fitness by tracking every step, does not increase fitness.[3]

Parents should be involved in their kids’ nutrition. What we have learned about nutrition is not incorrect, it’s just that we can’t tie nutrition to thinness.

Parents should not outsource their kids’ nutrition to a technology app or for-profit weight loss company. Learning to feed our children is a critical skill that needs to be supported and nurtured.

Parents are so afraid of their kids gaining weight that they restrict food and damage kids’ relationship with food and their bodies. This can result in a lifetime of body hate, disordered eating, and eating disorders. Making parents worry about their kids’ weight hasn’t reduced our national weight status. However, rates of eating disorders have more than doubled in recent years.

Well-meaning parents may turn to an app like WW’s Kurbo because they want to help their kids be healthy. But the thing is that you can’t see health. Health is achieved through behavior, not weight loss.

Kids who are in larger bodies already know they are different and feel they are less deserving of respect. Asking them to track their food and activity at such a young age is harmful and not supported by any research showing that it is either safe or effective.

And don’t fool yourself: kids know when their parents want them to lose weight. No matter how much parents (and WW) say that Kurbo is about health, kids know that the whole point is to lose weight.

Kids are so smart, and every child who has ever been put on a weight loss program knew exactly what they were expected to do: restrict food and lose weight. Teens and adults repeatedly tell me that they knew exactly what their parents were telling them when they said things like “let’s try to eat healthier,” “I need you to get more exercise,” “are you really still hungry?” and “you need to watch your weight.”

Kids notice when thin siblings get seconds while they are restricted to one serving. They notice that thin siblings get an extra treat in their lunchbox. Not a single child doesn’t know that being thin is vitally important in our society. And no child has any doubt that “getting healthy” is code for “getting thin.”

Many people who have/had eating disorders experienced parental concern about their weight. Even if parents didn’t explicitly tell them to diet, their kids still knew that restricting food was required to make their parents feel better. Many, many adults have told me that their parents took them to Weight Watchers meetings from an early age, and that Weight Watchers played a role in their eating disorder development.

Every single child knows from a very young age that “fat” is one of the worst things you can be in our culture. That’s why kids report body hate and diet behaviors as young as 5 years old!

Let me rephrase that: diets do work, short-term. But the long-term impacts are pretty bad. Almost anyone can lose weight in the short term. That’s not the problem. The problem is that keeping weight off is virtually impossible.

Studies have consistently shown that 90-95% of people who intentionally lose weight gain it back (often plus more) after 2-5 years.

That’s WW’s whole business model. They benefit because their program creates a constant need to sign up for yet another round of weight loss. The intentional weight loss (diet) industry has a 95% failure rate, but the customers blame themselves, not the program. Imagine if a drug came out that had a 95% failure rate. Would we buy it? No! Yet we keep buying into weight loss programs.

The most rigorous diet studies show that about half of dieters will weigh more 4-5 years post-diet than they did before they dieted. [5] This is not a secret by any means, as evidenced by the following quotes from researchers:

The bottom line is that parents should not get the WW app Kurbo for their kids. The app could be harmful and support the development of eating disorder behaviors. There is no evidence to show that it will improve health, and evidence to demonstrate it may reduce health.

All statements can be verified in our scientific research library. Specific references in this article include:

[3] Effectiveness of activity trackers with and without incentives to increase physical activity (TRIPPA): a randomised controlled trial, Finkelstein et al, The Lancet, 2016

[5] Mann, Secrets From the Eating Lab: The Science of Weight Loss, the Myth of Willpower, and Why You Should Never Diet Again