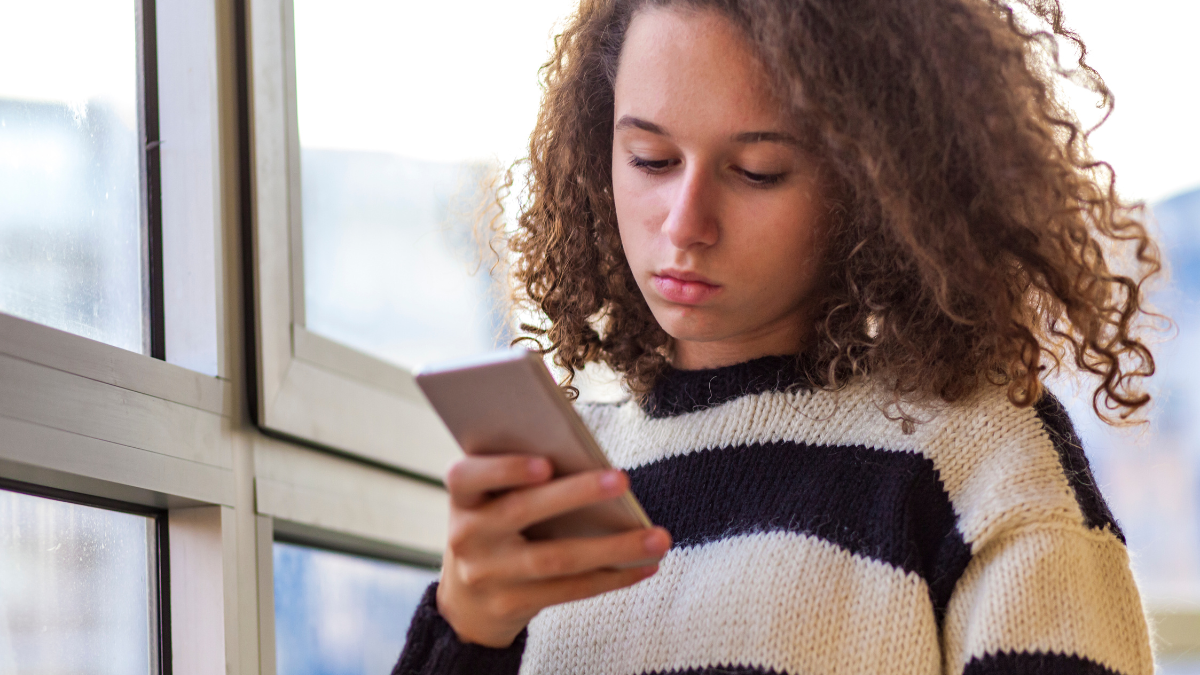 Advertising is a danger to kids’ self-esteem and body image. And since advertising is everywhere, this impact is deep-reaching and serious. When we were kids advertisements were on TV, billboards, magazines, and buses. But today we also get served advertisements on social media. And since teens spend an average of eight hours and 39 minutes per week, that’s serious.

Self-objectification is the practice of comparing yourself to other people and, importantly, media and advertising images of people. Self-objectifying behavior looks like comparing your own body to those of your friends, strangers, family members, and, of course, models, actors, and social media influencers. It’s basing how you feel about yourself on whether someone else is better or worse than you due to their physical appearance.

We can’t protect our children from these images and messages. But we can speak up and let them know how dangerous these images and concepts are. Objectifying images are dangerous to everyone. Unrealistic advertising hurts our kids, and it hurts us. It is not benign.

Nobody admits they are impacted by advertising. But in fact, we are all susceptible to its subconscious power to influence what we think is “normal” and beautiful. This leads to unrealistic expectations for ourselves and our children.

“An objectified body is a malleable, measureable, and controllable body. By viewing and treating themselves as sexual objects, it is argued that girls and women act as their own first surveyors in anticipation of being evaluated by others. Thus, the body becomes the site of reparative action and vigilant monitoring to manage the sexual objectification. When girls and women view themselves through this self-objectified lens, they take a peculiar stance on their own bodies that is fundamentally disruptive to the self–body relationship.”

Eating disorders are usually an attempt to control the body and make it appear more socially acceptable. When kids get stuck in eating disorder thoughts, we must consider how advertising has impacted them and whether self-objectification is a contributor to their eating disorder.

No matter how smart you are, and no matter how smart you think your children are, don’t be silent when it comes to advertising images and messages. Make sure you speak up every single time you see something that suggests impossible beauty standards or Photoshops away individual character.

Talk to your kids about how Photoshop has completely overtaken media, and that nobody can possibly look as good as the models do. Even “real people” on social media use apps to adjust themselves. They whiten their skin, remove “extra fat,” and slenderize themselves beyond recognition.

Our children deserve to feel good about themselves regardless of the size of their waist or color of their skin. They deserve to be more than a Photoshopped rendition of themselves.

Here’s a great TED Talk by Jean Kilbourne about the dangers of advertising and how it impacts us as a society.