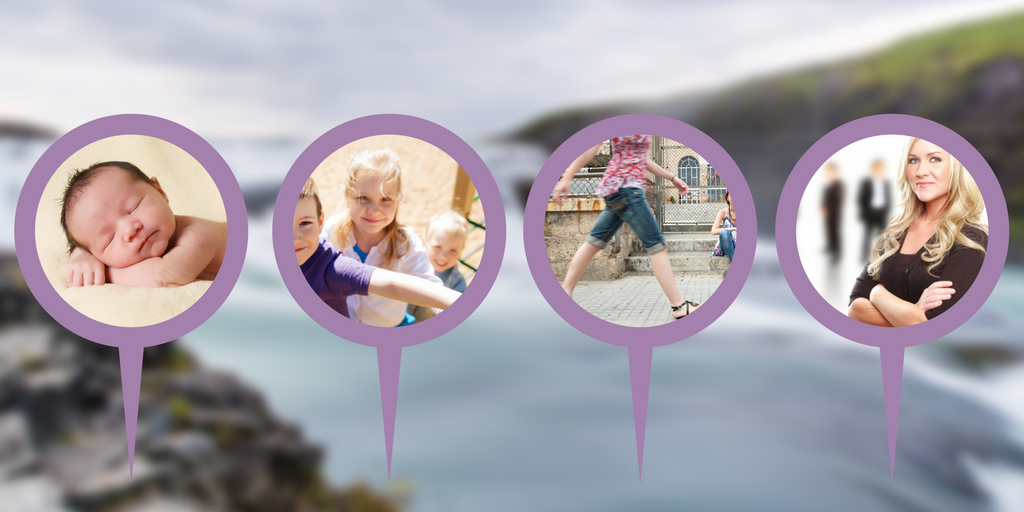 When Julia’s baby girl was handed to her, it began. “Is she perfect?” Julia asks. Of course, of course, she tells herself.

She checks each of her fingers and toes, strokes her head, and hopes for a future in which she will be happy and … well, to be honest, she hopes she will be thin. Because life is just easier for girls who are thin, she thinks. Because I want what’s best for her (and what’s best is to be thin), she thinks.

Thus begins a story of mothers, daughters, and body image.

At the playground, Julia watches her daughter and compares her body to the other children. She assesses: is she fatter than the others? Thinner?

Julia carefully observes all of the body types on the playground. Some are fatter, and some are thinner. Some are tall, and some are short. Is her daughter going to be “normal?” she wonders. Because normal is good. Normal is thin. And Julia wants what’s best for her baby girl.

All the right things

Julia makes sure to watch what her daughter eats. She’s careful about feeding her lots of fruits and vegetables. She prepares healthy whole foods and feels good about limiting sugar and snacks. When the doctor asks what she’s feeding her daughter, Julia feels proud and successful. She’s doing this right.

As she enters puberty, her daughter’s hips and thighs and belly and breasts get pudgy. Julia panics and worries, “is she going to get fat? That would be terrible! I need to help her avoid weight gain! It’s for her health! It’s for her future!”

Her daughter’s body grows and changes. Julia is very uncomfortable because now she sees a woman emerging. If she is not a thin woman, Julia believes she will suffer. She thinks that being thin is what we all want for our daughters, right?

But something is wrong

Julia is not mean or bad. She hopes that her daughter has a socially acceptable body so she can avoid being teased, bullied, and discriminated against. She wants her to look great in photos and swimsuits. Julia hopes that when her daughter goes to the doctor, she’ll be told she’s healthy and well.

But Julia’s daughter is not healthy and well. Something’s wrong. Her mother’s careful attention to her body has interacted with a society that is cruel and dominating towards women’s bodies. She grew up in classrooms that taught some foods are good, and others are bad.

Julia’s daughter was weighed at school with her classmates and learned that weight is very, very important. She watched shows and movies where the heroines were thin, and the bad guys were fat. TikTok tells her that tiny waists and bare, tight midriffs are best.

In middle school, her friends start dieting, so she does too. Julia thinks it’s good that her daughter is taking responsibility for her health and making healthy choices.

At an early age, Julia’s daughter recognized the tremendous societal pressure to be thin. She internalized those beliefs. Now she believes that she is only worthy and can only be successful if she is thin.

Julia’s daughter develops an eating disorder. Eating disorders are based on many factors. But it’s impossible to ignore the role of a very messed up social environment that tells females that to be successful, loved, and “good,” they must maintain small bodies.

It is impossible to ignore the relationship between mothers and daughters and body image. But eating disorders are not a mother’s fault. They are not a daughter’s fault.

Julia’s daughter’s eating disorder is not her fault. Her concern for her daughter’s weight makes perfect sense in our society. She has been doing the very best she could based on all the best information about how to raise a healthy child. But her well-meaning beliefs about fat and control interacted with our toxic culture, and now her daughter needs help.

A legacy of control

Julia grew up in the same sick environment as her daughter. And, of course, she couldn’t help but believe that raising a thin daughter is best. Being thin makes life easier. Being thin means her daughter will fall in love with someone wonderful. It means having an amazing career. if her daughter’s body is thin, it will never hold her back from living the life Julia dreams of for her.

And Julia has spent her life worrying about her own body. She doesn’t know another way. Julia sensed her own mother’s fear that she would be fat.

She spent her life watching her mother and every other woman she knew to watch her weight to fit the body ideal. Julia used Kate Moss, Monica Geller, and Ally McBeal for inspiration. She drank Slim-Fast and Diet Coke and did workout videos with Suzanne Sommers. Julia knows that to be successful and loved and worthy in this world means she must be thin.

But now Julia sees now that it’s time to stop this madness. It’s time to realize that her daughter (and she herself) is worthy at any weight. That society’s messages about women, weight, and health are seriously messed up.

The problem is not Julia’s body or her daughter’s body; it is a society that tells women that they must stay tiny to be loved. It is a society that keeps half the population starving while simultaneously keeping us down, underpaid, and undervalued.

Julia and her daughter decide that rather than try to control their bodies, they will accept themselves and each other. Rather than accept that their bodies need to be controlled and dominated and tiny, they’re going to love themselves and their bodies, no matter what they weigh or look like. Because they are more than bodies, and it’s time to start claiming their birthright and behaving like that’s true!