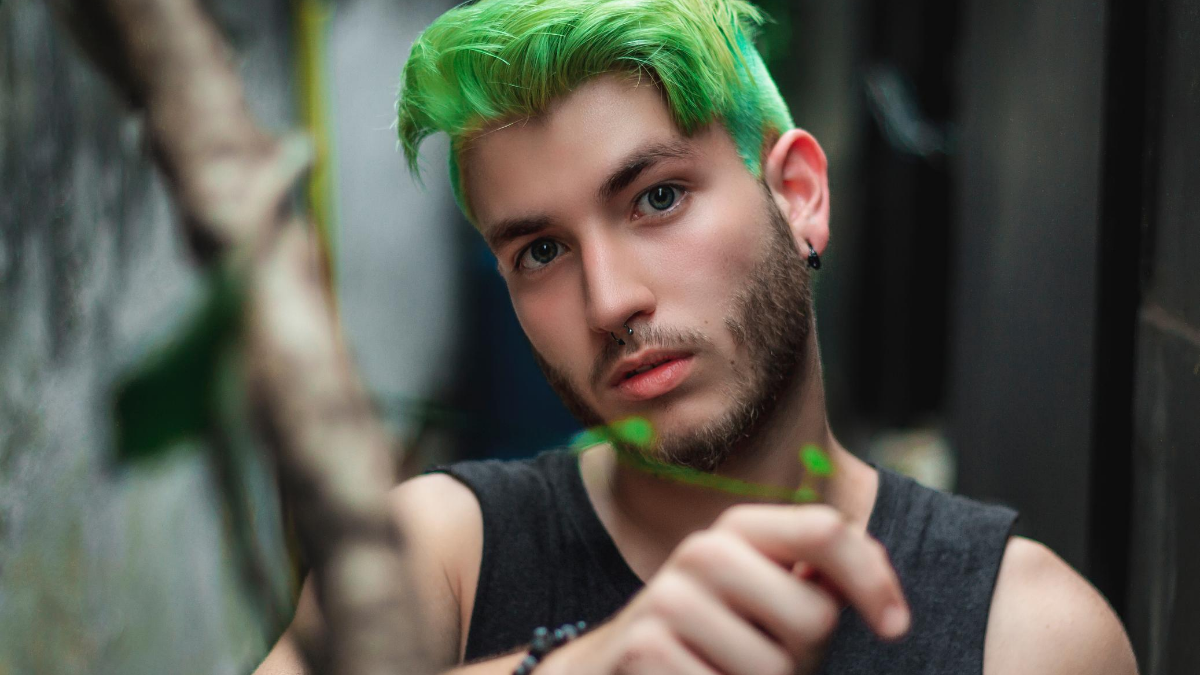 Terri is worried. Her 14-year-old daughter Natalia had been struggling with an eating disorder for over a year. Terri feels like a helpless bystander and the whole family is suffering.

“Natalia was always so diligent, kind, and helpful,” says Terri. “I never thought she would be the one to struggle with anything. It seemed to me like she was doing so well. But now everything has been turned upside down.”

In addition to the terrifying eating disorder behaviors, Terri has also noticed that Natalia is dressing very differently and has developed a passion for tattoos and body piercing. “It’s all she can talk about,” says Terri. “She spends so much time looking at tattoos and piercings on TikTok. It’s become this new wild passion. She’s wearing dark, torn clothing and wants a green mohawk! She just looks nothing like the girl we knew before.”

I can understand Terri’s concerns, and I also sense that perhaps something related to identity and bodily autonomy is going on. In fact, eating disorders can be seen as a pursuit of bodily autonomy, so this is not unusual. But we need to understand why Natalia is seeking to assert her bodily autonomy. This will help us know how to help her feel better.

It’s not uncommon for eating disorders to overlap with a pursuit of bodily autonomy. Seeking to change your body and control what it does and how it looks makes perfect sense, especially during adolescence. It’s a natural part of human development to test boundaries and try on different identities. But when trying things out involves a drastic change in appearance, using eating disorder behaviors, or otherwise interferes with life, we obviously want to understand more.

It’s not uncommon for people who have an eating disorder to also alter their bodies in other ways. More conventional people may spend time styling their hair, perfecting their makeup and nails, and finding the ideal outfit to fit in with their peers. On the other hand, less conventional teens may become interested in alternative clothing, hairstyles, piercings, and more. Of course, these teens are also “fitting in” with an image, just in a different way from the more conventional teen.

What we want to consider is whether their attention to appearance is normal teenage behavior. Or is it a deeper attempt to assert bodily autonomy?

Bodily autonomy is having ownership over your own body.

Bodily autonomy is an important part of developing into an independent and mentally-healthy person. It can be impacted by situations in which a person doesn’t feel they are in control of their own body. As a result, some people don’t feel they “own” or are in charge of their own bodies. They may seek to claim ownership through appearance and eating disorders.

Some reasons for low bodily autonomy include:

Beyond these personal incidents, bodily autonomy can also be impacted by broader social conditions such as:

Parents may accidentally make children feel they are not in charge of their own bodies. Often this makes perfect sense. For example, when kids are young, parents need to take steps to ensure their child’s safety. But in a highly sensitive child and/or in special cases, these interventions can create a sense of disconnection for the child. These kids need a little extra help to claim ownership of their bodies in a healthy, adaptive way.

There are three main ways that parents can accidentally impact bodily autonomy:

Sometimes threats to bodily autonomy are medically necessary. For example, some parents must approve medical surgeries and interventions for their children. It may be a feeding tube for an eating disorder or surgery for a congenital defect. Regardless of why they are necessary, these medical interventions take away the child’s power to control their own bodies.

They are literally life-saving. And they still amount to a loss of bodily autonomy and thus can create trauma for the child. Trauma studies show that traumatic events impact different people in different ways. This is based on a combination of biology and how the trauma is dealt with or processed.

There are some people who are biologically more sensitive to bodily threats and trauma. But even for people who are not extra-sensitive, trauma tends to settle in if it’s not processed. Processing trauma with a professional can go a long way to preventing long-term post-traumatic traumatic stress.

There is a tricky boundary between keeping kids physically safe and allowing them to explore the world. This is an ongoing debate between parenting experts. Think of the difference between the bestselling books Free-Range Kids and Battle Hymn of the Tiger Mother. These promote completely opposite approaches to raising kids.

As with most divisive parenting approaches, something in between is probably a good approach for most kids. They need certain boundaries but should have enough bodily autonomy to feel as if they are in charge of themselves. This is especially important as they grow older. Figuring out these boundaries is an imperfect pursuit – we all do our best.

There is a third, surprising way that parents can accidentally impact kids’ bodily autonomy, and it’s ignorance of the conditions that can reduce autonomy. For example, if parents are not informed and talking about racism, sexism, misogyny, homophobia and transphobia, then their child will grow up without the benefit of knowing that these issues are not their fault or a personal failure. They are a failure of our society. On the other hand, if parents talk about and educate their children about racism, sexism, misogyny, homophobia and transphobia, their children are more likely to develop bodily autonomy despite the social conditions. Similarly, traumatic experiences can be overcome if parents are educated about the impact of trauma on the sense of bodily autonomy and actively counteract it.

When eating disorders serve a purpose

There are many ways to look at an eating disorder. And no single view is going to address the full complexity of eating disorders. But one way to see an eating disorder is a way for a child to assert bodily autonomy and independence. As in: “You can’t tell me what to eat! Stop watching me! I’ll do it myself! I know best!”

When I talked about this with Terri, she felt an intuitive sense that we were onto something. “Natalia had a congenital heart defect that we had to have corrected when she was just two years old,” says Terri. “I can definitely see that the stress of having my baby get an operation influenced how I parented her. It caused me to be very anxious about her safety. I think most of it was unconscious. But as I look back, I know that I gave her brother a lot more freedom than I gave her.”

Terri was responding in a natural and intuitive way to the threat of medical complications. It makes perfect sense that, without realizing it, she was more nervous and cautious about Natalia.

When looking through this lens, we could consider how Natalia’s eating disorder behaviors and attention to her appearance were signaling that Natalia was craving her own independent identity. Also, we know that trauma often underlies eating disorders. We could hypothesize that the necessary surgery was likely a traumatic event for her. Trauma can be an issue even if she doesn’t consciously remember the details.

Terri also considered the impact of Natalia’s eating disorder treatment so far. “We took her to the emergency room against her will. And that began a series of medical and therapeutic interventions that were necessary but probably traumatic for her,” says Terri. “I’m so confused because we did what we had to do to keep her alive. But now it seems like maybe that made things worse?”

I assured Terri that many parents face this challenge. And she hadn’t done anything wrong. We have a responsibility to intervene to keep our kids as safe as possible. At the same time, while the interventions were medically necessary, they likely created additional trauma for Natalia. Both of these things can be true at the same time.

The solution is not to regret choices already made – they were necessary! Instead, focus on future action to address the trauma. Now that she’s out of medical danger, Terri can get help for Nadia’s trauma and help build her sense of bodily autonomy.

What parents can do to help

Parents can help their kids recover from an eating disorder by understanding the role of bodily autonomy in emotional health. Our ability to feel independent, strong, and in control of our circumstances is important. Parents who empower their children to claim their bodily autonomy will see positive results.

If any of the above is true, then it makes sense to consider the role bodily autonomy is playing in your child’s recovery.

With these questions, Terri could connect some dots. She saw how situations that were out of her control had resulted in a lack of bodily autonomy for Natalia. This was a major breakthrough for her. We often feel helpless to help our kids until we understand what might have contributed to their troubles. Once we identify why things could be happening, we are better able to help.

Here are some things that parents can do to increase their child’s sense of bodily autonomy:

If your child is in immediate medical danger, you may need to take control of their physical health. But you can still improve your child’s bodily autonomy through the process. Many parents have to make choices that impact their kids’ bodily autonomy. It’s OK! Just help your child process the trauma with the help of a trained trauma therapist.

Terri found a wonderful EMDR therapist for Natalia who worked with her medical trauma. Meanwhile, Terri worked on expanding Natalia’s sense of agency and control over her life. While she couldn’t release all oversight of Natalia’s health due to the eating disorder, we found lots of small ways to increase Natalia’s sense of freedom and choice in other areas of her life.

Recognizing the link between bodily autonomy and Natalia’s eating disorder made a big difference. Within a few months, Terri felt closer and more connected to Natalia, and things were looking a whole lot better for the whole family!

For privacy, names and identifying details have been changed in this article.

1 thought on “Bodily autonomy, independence, and an eating disorder”